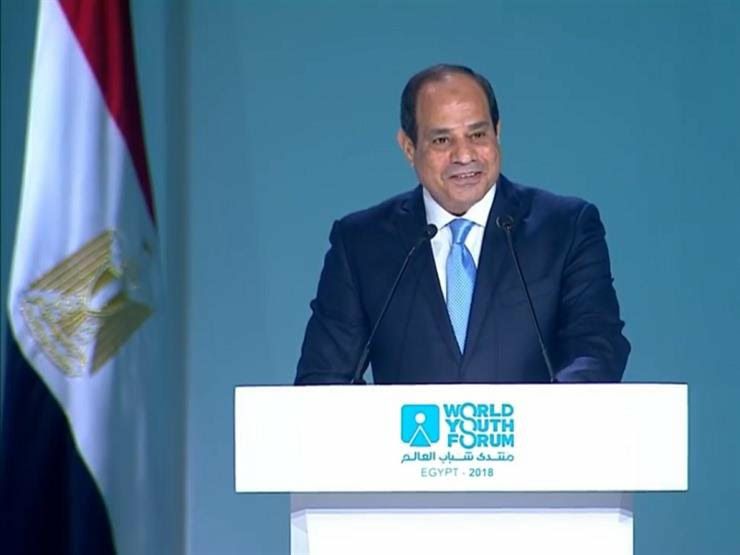 Egyptian President Abdel Fattah al-Sisi announced on Tuesday evening 10 decisions at the end of the World Youth Forum that was held in the Red Sea resort city of Sharm el-Sheikh from November 3-6. The decisions are:

1)      The Egyptian city of Aswan was declared as the Capital of African Youth for 2019, during which the Arab and African Youth Forum will be launched to discuss the most important issues and challenges facing youth in the African continent and the Arab region.

3)      The National Training Academy will be entrusted to develop operational mechanisms for training Arab and African youth in all political, economic and social fields by launching the Presidential Program for African Youth Leadership Training.

4)      The Egyptian state and all its institutions agree to uphold the principle that preserving life and combating terrorism and its effects is a basic human right. Also, a joint working group of Egyptian state institutions and world youth who participated in the World Youth Forum will be established to provide material and moral support to victims of terrorism all over the world.

5)      A specialized research group will be established under the supervision of the WYF’s management to study the pros and cons of the excessive use of social networking sites. This group should develop a comprehensive vision and operational mechanisms to maximize the benefits of social networking sites culturally, intellectually, and scientifically, as well as to reduce their negative effects.

6)      Egyptian state agencies are coordinating with the WYF’s management to implement an awareness campaign at all political and media levels, regionally and internationally, to raise public awareness about the seriousness of the issue of water security and put it on the agenda of the international community.

7)      An international initiative will be launched to train 10,000 Egyptian and African youth as developers of electronic games and applications over the next three years, in addition to supporting the establishment of 100 specialized companies in these fields in Egypt and Africa.

8)      All Egyptian state agencies and institutions will be directed to work on establishing a regional center for entrepreneurship in Egypt to provide all necessary support to emerging companies in Egypt and the countries of the region.

9)      A committee that includes sculptors will be formed to manage the memorial of the humanity revival in the city of Sharm el-Sheikh and turn this memorial into an international institution aimed at preserving the principles of humanity and supporting victims of violence and terrorism.

10)      The cabinet has been assigned to form a committee including the ministries of social solidarity and foreign affairs and concerned bodies in the state. Its task is to prepare a comprehensive vision for amending the law regulating the work of NGOs and civil society organizations within Egypt by studying similar international experiences and conducting a comprehensive community dialogue involving various youth groups. The results will then be presented to the parliament.

Egypt is keen on enhancing relations with Sudan: Sisi