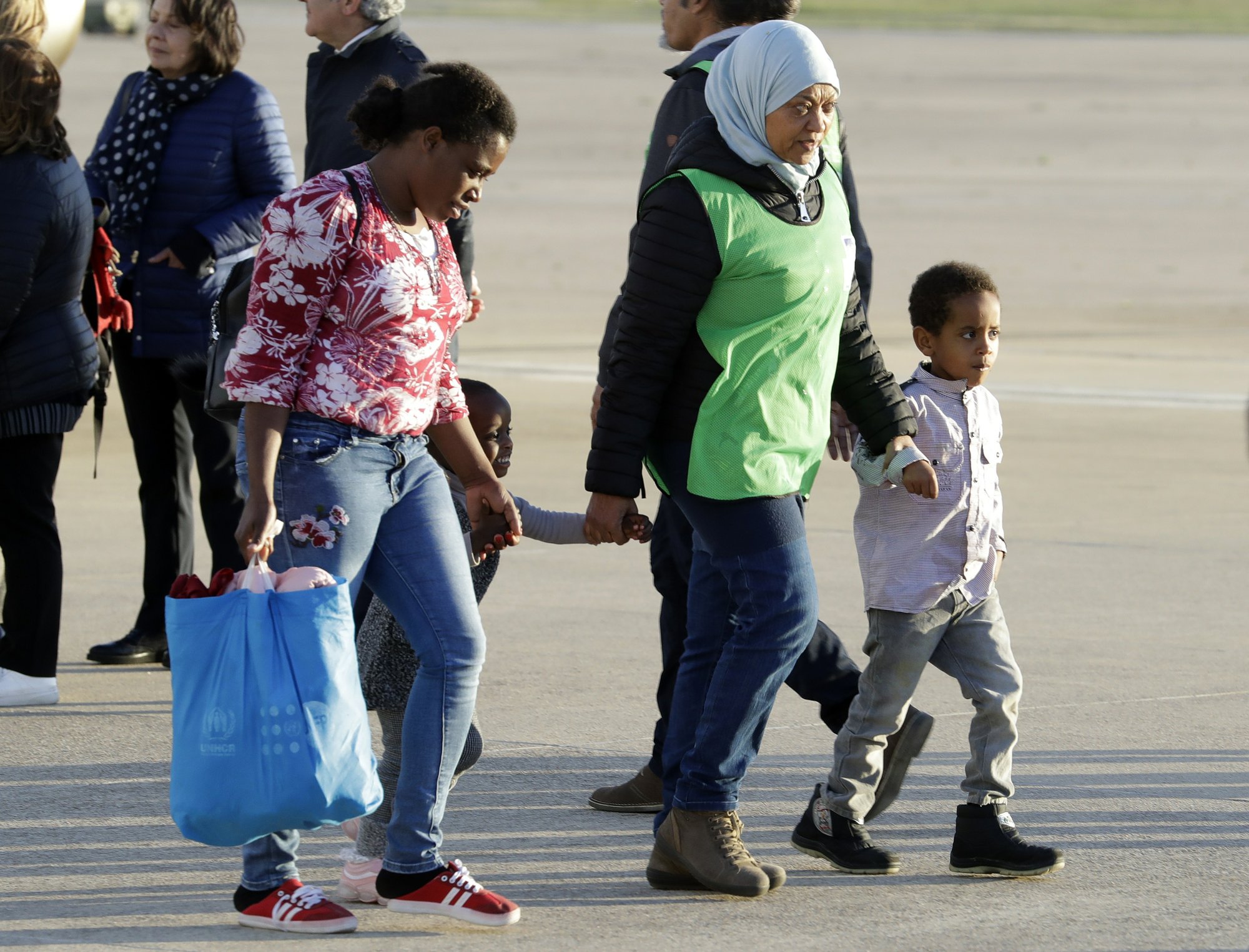 ROME (AP) — A group of 146 asylum-seekers have arrived in Italy as part of a U.N.-backed humanitarian evacuation from Libya.

The U.N. refugee agency says it’s the fifth such evacuation since 2017, though previous airlifts have taken migrants to Niger and elsewhere.

The group arrived Monday at a Rome military base. Dozens of the asylum-seekers are minors, many of whom are unaccompanied. They hail from Eritrea, Somalia, Sudan, Syria and Ethiopia.

Salvini’s deputy, Stefano Candiani, said Monday that such evacuations, in which the U.N. screens asylum-seekers in situ, are the way people deserving of protection should arrive in Europe.

A previous version of this story was corrected after the U.N. refugee agency revised the number in the group to 146, not 147.

Thousands of migrants rounded up in southern Yemen: IOM