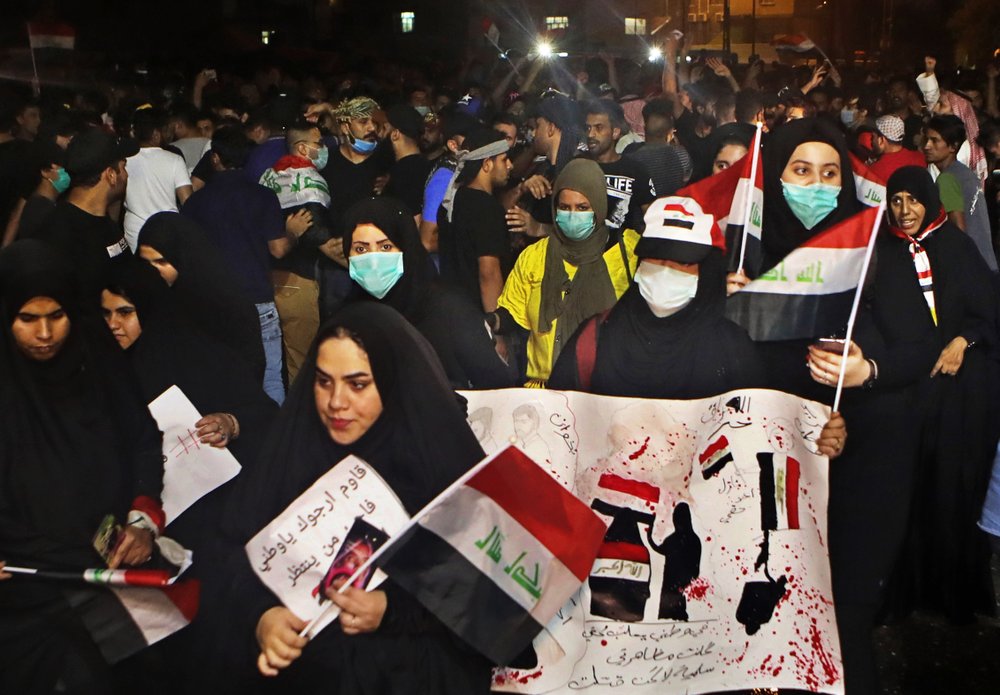 BAGHDAD (AP) — Iraqi security forces wearing masks and black plainclothes opened fire at protesters in the Shiite holy city of Karbala on Tuesday, killing 18 people and wounding hundreds, security officials said, in one of the deadliest single attacks since the country was engulfed by protests this month.

The attack, which happened overnight, came as Iraqis took to the streets for a fifth consecutive day, protesting their government’s corruption, lack of services and other grievances.

The protests, leaderless and largely spontaneous, have been met with bullets and tear gas from the first day.

At least 72 protesters — not including the latest fatalities in Karbala — have been killed since anti-government protests resumed across Iraq on Friday, after 149 were killed during an earlier wave of protests this month.

Also, in the Karbala attack alone, more than 800 people were wounded, according to one official.

Security officials said Tuesday’s attack happened in Karbala’s Education Square, about 2 kilometers (1.2 miles) from the Imam Hussein Shrine, where protesters had set up tents for their sit-in. All the officials spoke on condition of anonymity in line with regulations.

An eyewitness said hundreds of protesters were in the encampment when live bullets were fired toward them from a passing car. Then, masked gunmen in black plainclothes arrived and started shooting at the protesters, the witness said, speaking on condition of anonymity, fearing for his safety. Tents caught fire, igniting a blaze, he added.

Karbala, as Baghdad and other cities in Iraq’s southern region, has been gripped by a wave of deadly anti-government protests which have often turned violence, with security forces shooting at the protesters and protesters setting fire to government buildings and headquarters of Iran-backed militias.

The demonstrations are fueled by anger at corruption, economic stagnation and poor public services. Despite its vast oil wealth, Iraq suffers from high unemployment and crumbling infrastructure, with frequent power outages that force many to rely on private generators.

The protests have grown and demonstrators are now calling for sweeping changes, not just the government’s resignation. Iraq’s Prime Minister Adel Abdel-Mahdi has promised a government reshuffle and a reform package, which the demonstrators have already rejected.

Authorities on Monday announced a curfew from midnight to 6 a.m. in the capital, as renewed protests there and across the south raged. A senior security official estimated that 25,000 protesters took part in the demonstration in the capital.

Students skipped classes at several universities and secondary schools in Baghdad and across Iraq’s majority-Shiite south on Monday to take part in the protests, despite the government ordering schools and universities to operate normally.

One of those killed was a 22-year-old female medical student, the first woman to be killed since the protests began earlier this month. Seventeen students were among the wounded.

Iraq forces clamp down on protests after bloodshed