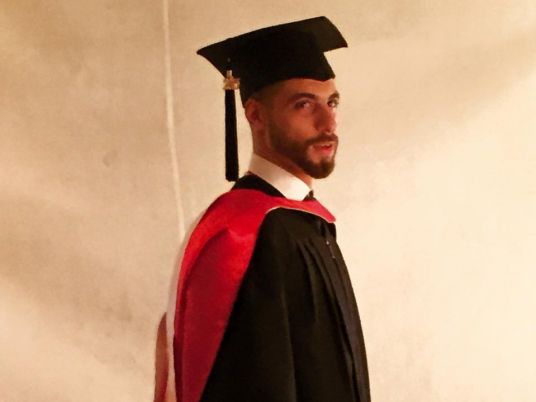 The Heliopolis Misdemeanor Court on Monday convicted two defendants for their involvement in incidents that led to the murder of a young man at a cafe after a row over the bill in February.

The court convicted Naggar and Mahmoud for detaining customers, holding them against their will and imposing higher tourist fares on customers without a license.

Amr Mostafa, the main suspect in the case, also known as Faza'a, is being tried in a separate case for murder.

Mahmoud Bayoumi, 24, was stabbed to death on Sunday following a violent argument with workers at Keif cafe, after the final African Cup of Nations match between Egypt and Cameroon.

Police investigations showed that after the match was over, the waiters locked customers inside the coffee shop and asked everyone to pay the bill before leaving.

Bayoumi, the deceased, objected to the way the waiters were treating the customers, which resulted in a heated argument between him and the staff members.

The argument soon escalated between both parties and Bayoumi was reportedly hit by a metal chair, a belt, and stabbed twice with a sharp metal object, once in the stomach and another time in the chest, leading to his death.

Bayoumi was born in Mansoura, Daqahlia governorate, and graduated in 2015 with a Bachelor's degree in Marketing from the British University in Egypt. He was in critical condition and died as soon as he was admitted to Cleopatra hospital.