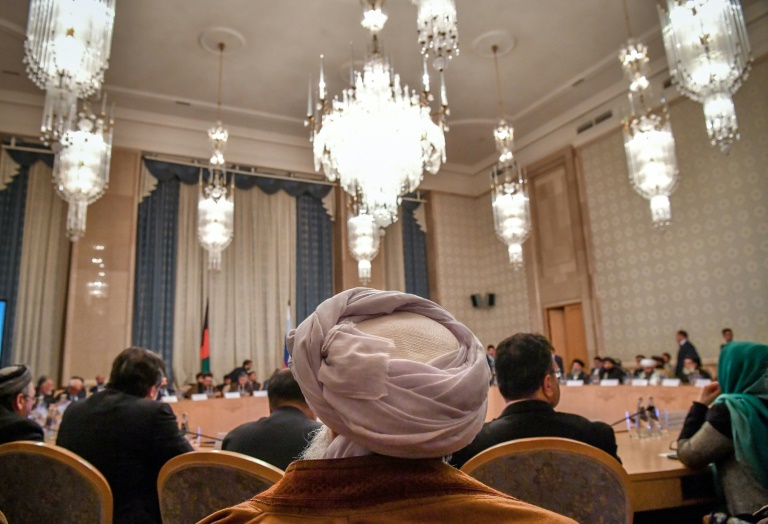 Dozens of powerful Afghans including bitter rivals will meet with the Taliban in Doha Sunday, amid separate talks between the US and the insurgents seeking to end 18 years of war.

Stakes are high for both sets of talks. Washington has said it wants to seal a political deal with the Taliban ahead of Afghan presidential polls due in September to allow foreign forces to begin to withdraw.

“These six days have been the most productive of the rounds we’ve had with the Talibs,” the US lead negotiator Zalmay Khalilzad said Saturday of the US-Taliban talks in Qatar.

That engagement has been put on hold for the two-day Afghan dialogue and will resume on Tuesday, both sides have said.

“Essentially the four items we have been talking about ever since we started (are) terrorism, withdrawal of foreign troops, inter-Afghan negotiations and dialogue, and ceasefire,” Khalilzad told AFP.

“For the first time I can say we have had substantive discussions, negotiations, and progress on all four issues.”

The Taliban’s spokesman in Qatar, Suhail Shaheen, said they are “happy with progress… We have not faced any obstacles yet”.

The separate intra-Afghan talks set to start Sunday are expected to be attended by around 60 delegates, including political figures, women and other Afghan stakeholders.

The United States will not participate directly in the two-day summit, which has been organized by Qatar and Germany.

The Taliban, who have steadfastly refused to negotiate with the government of President Ashraf Ghani, have stressed that those attending are only doing so in a “personal capacity”.

Ghani’s administration, which the Taliban consider a puppet regime, has also been excluded from the direct US-Taliban talks.

Sunday’s gathering will be the third such meeting following similar summits in Moscow in February and May.

The first encounter was an historic breakthrough and saw the Taliban hear the opinions of the two women attendees before laying out their constitutional and political programme on live TV for the first time.

An agreement with the Taliban is expected to have two main points — a US withdrawal from Afghanistan and a commitment by the militants not to provide a base for terrorists, the main reason for the US invasion nearly 18 years ago.

The United States, which by some estimates has spent $1 trillion in Afghanistan, will likely try to insist in the deal that the Taliban open negotiations with Ghani’s government.

But the thorny issues of women’s rights, power-sharing with the Taliban, the role of regional powers including Pakistan and India, and the fate of Ghani’s administration remain unresolved.

In areas of Afghanistan currently under Taliban control, they have shown little evidence of updating their strict interpretation of Islamic law and women continue to face violent repression.

The Taliban, believing they have the upper hand in the war, have kept up attacks even while talking to the United States and agreeing to the Afghan dialogue.

Despite the violence, both the Taliban and US have been positive about their engagement.

“We’ve had friendly periods — but (before) there has also been a lot of anger sometimes, strong words. Walking away,” said US envoy Khalilzad.

The atmosphere of the latest session was “uniquely more positive,” he told AFP.

Laurel Miller, the US special representative for Afghanistan and Pakistan until 2017, said there was “strong possibility” of reaching a deal before September.

“But an agreement that is just between the US and the Taliban is not a peace agreement for Afghanistan,” she said.

“It doesn’t address the really hard questions of what role the Taliban is going to play or not play in governing Afghanistan and what happens to the current government and system of government that the United States helped set up.”

Image: AFP/File / Yuri KADOBNOV Sunday’s gathering will be the third such meeting following similar summits in Moscow in February, pictured here, and May

Taliban say latest round of talks with US ‘critical’

Why is the Afghan peace process not moving beyond talks?