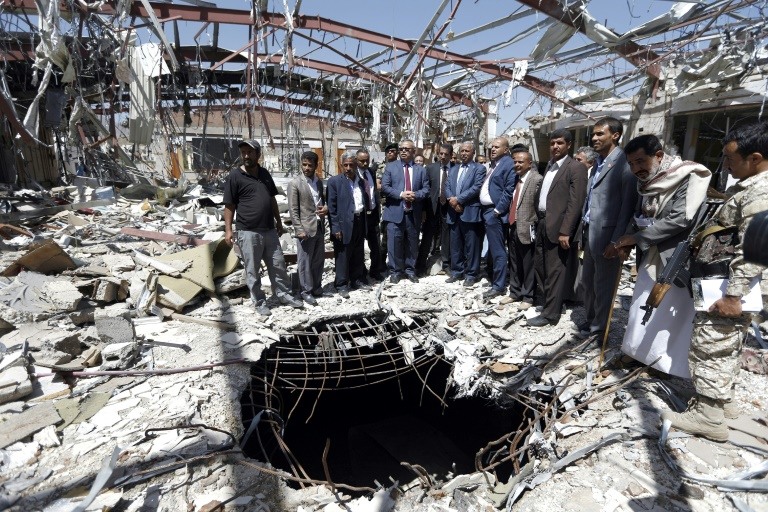 An air strike killed 29 people and wounded 17 others in northern Yemen on Wednesday, the Huthi rebel health service said.

The Huthi-run Saba news agency accused the Saudi-led coalition fighting in support of the government of carrying out the raid in the Sahar district. It reported a toll of 21 killed and nine wounded, all of them civilians.

The rebel health official was unable to tell AFP whether those killed and wounded were all civilians.

According to the official and Saba, the raid hit a crowded marketplace in Sahar, a district dominated by the Huthis.

The war in Yemen has pitted forces loyal to the internationally recognised government, which was expelled from the capital Sanaa in September 2014, against the Huthi rebels who drove them out and continue to hold sway in the north.

The conflict intensified in March 2015, when a military coalition led by Saudi Arabia joined the government’s fight against the Iran-backed rebels.

According to the United Nations, the conflict in Yemen has left seven million people at risk of famine and an estimated 17 million — 60 percent of the overall population — food insecure.