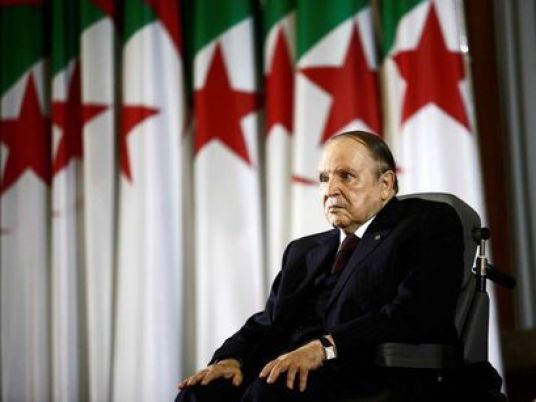 Algerian President Abdelaziz Bouteflika appeared in a video on Sunday for the first time in a month, since his abrupt cancellation of a meeting with German Chancellor Angela Merkel in Algiers triggered speculation over his health.

Since a stroke in 2013, Bouteflika, 80, has appeared rarely in public and usually only in state news images with visiting dignitaries, leaving questions as to whether the leader in power for nearly two decades will finish his term.

In a video broadcast on Sunday on state television, Bouteflika was seen receiving his minister of Africa and Arab Affairs. It was his first such appearance since he postponed Merkel's visit to Algiers on February 20 citing acute bronchitis.

Bouteflika was seen briefly, seated at a table with Minister Abdelkader Messahel, who state media reported had briefed him on Sunday on the situation in Mali, Libya and the Sahel.

Ruling FLN party chief and other government supporters have dismissed speculation over Bouteflika's health since the Merkel cancellation. They say he is carrying out his duties normally.

But the postponement again raised questions about a potential transition from Bouteflika in Algeria, a key supplier of gas to Europe and partner in the Western campaign against Islamist militancy in North Africa.