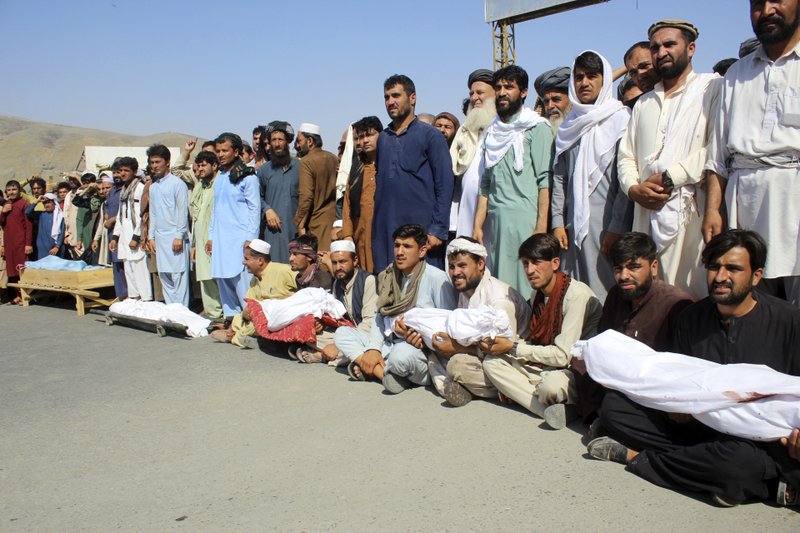 KABUL, Afghanistan (AP) — All-Afghan talks that brought together Afghanistan’s warring sides ended Tuesday with a statement that appeared to push the country a step closer to peace, by laying down the outlines of a roadmap for the country’s future and ending nearly 18 years of war.

Washington’s Peace Envoy Zalmay Khalilzad has said he is hoping for a final agreement by Sept. 1, which would allow the withdrawal of U.S. and NATO troops. He will begin an eighth round of peace talks with the Taliban later on Tuesday also in Qatar’s capital, Doha, where the two-day conference was held.

Tuesday’s statement said that a post-war Afghanistan would have an Islamic legal system, protect women’s rights “within the Islamic framework of Islamic values,” and ensure equality for all ethnic groups. The much-touted conference was attended by Taliban, Afghan government representatives, women and members of the country’s nascent civil society. It aimed to produce a new level of consensus among Afghanistan’s fissiparous society.

No date was given for the tougher negotiations to follow, when the many sides in Afghanistan’s protracted conflict will sit down to hammer out the details of what an Islamic system will look like, how constitutional reform will come about, and what will become of the many local militias affiliated with the country’s powerful warlords, who are affiliated with Kabul. They will also have to tackle how women’s rights fit into the definition of the “Islamic values,” as well as whether to set up an interim administration and when elections should be held.

The conference agreed to keep the momentum going with confidence building measures. These included the unconditional release of old, disabled and sick prisoners — though there was no mention of the affiliation of the prisoners or whether it included those captured in the war. The warring sides also agreed not to attack institutions such as hospitals and schools, as well as national infrastructure such as hydro-electric dams. They also agreed to be more diplomatic in their references to each other.

There was no mention of a cease-fire, which Khalilzad has said the negotiations on the final deal would address.

Both sides did agree, however, to do more to protect civilians. The United Nations has expressed growing concern over civilian deaths in the conflict, and has criticized all sides for rising casualty rates, including from stepped up U.S. airstrikes.

Even as the conference was ending, an airstrike in Afghanistan’s northern Baghlan province killed seven people, six of them children.

Early on Tuesday, a strike hit Kotuk Khiel village. The residents carried the bodies of the dead to the provincial capital of Pul-e-Kumri, where Afghanistan National Defense Forces had blocked the road.

Safdar Mohesni, the provincial council chief, said the airstrike was carried out by “foreigners,” a reference to the United States. There was no immediate comment from the U.S. military to a request from The Associated Press.

The Taliban have also been deeply criticized for their many attacks that have killed or wounded civilians, including a devastating suicide car bombing on Sunday in Ghazni province that killed 12 people and wounded more than 150 others, including many students at a nearby school.

Tuesday’s statement also said all sides in the conflict would want international guarantors of any final agreement.

It said that future meetings would be all-inclusive — without any mention of direct talks with the Afghan government. The Taliban have steadfastly refused to talk with President Ashraf Ghani’s government calling it a puppet.

Participants attending the all-Afghan conference, which Germany and Qatar jointly sponsored, attended as ordinary Afghans “on equal footing,” and while there were senior government officials in attendance they were there as ordinary Afghans and not in their official capacity.

Meanwhile Khalilzad’s talks with the Taliban will continue on the timeframe for U.S. and NATO troop withdrawal, verifiable anti-terror guarantees, intra-Afghan negotiations, and an eventual cease-fire.

Residents carry bodies of those who were killed in an airstrike during a protest in Baghlan province, northern Afghanistan, Tuesday, July 9, 2019. Even as an All-Afghan conference that brought Afghanistan’s warring sides together was ending, the airstrike killed seven people, six of them children. (AP Photo/Mehrab Ibrahimi)