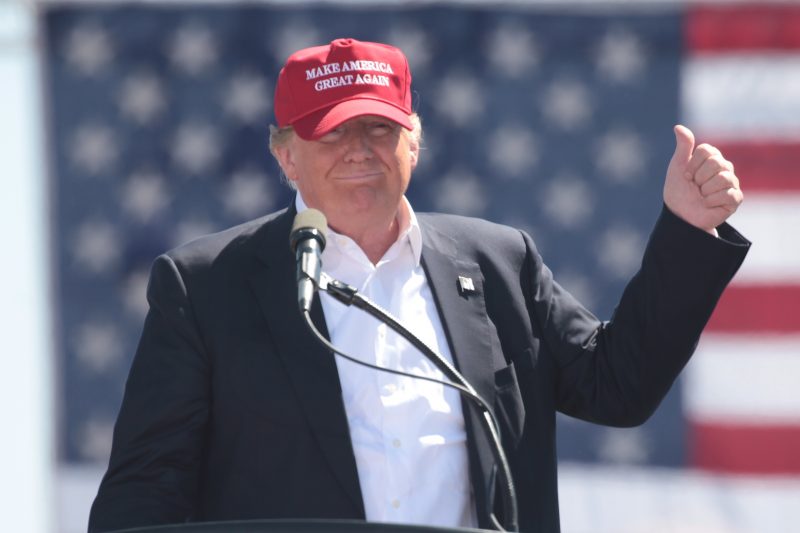 Americans born into poverty are more likely than ever before to stay that way, according to a United Nations report on poverty and inequality in the US.

“The United States, one of the world’s richest nations and the “land of opportunity,” is fast becoming a champion of inequality,” the report concluded.

The Trump administration has slammed the UN report, arguing the organization should instead focus on poverty in the third world.

US Ambassador to the UN Nikki Haley said, “It is patently ridiculous for the United Nations to examine poverty in America.”

The report, presented Thursday in Geneva, comes two days after Haley announced the US would withdraw from the UN Human Rights Council.

Haley’s comment was in response to a letter from Vermont Sen. Bernie Sanders and 18 other politicians calling on the US to “take action to reduce shameful levels of poverty across the country.”

They agreed with the report’s conclusion that the Trump administration’s $1.5 trillion in tax cuts “overwhelmingly benefited the wealthy and worsened inequality.”

Philip Alston, a New York University law and human rights professor, led a UN study traveling across the US. The group went to Puerto Rico and Washington, D.C. Alabama, California, Georgia, West Virginia were among the states they visited.

“Most Americans don’t care about it. They have bought the line peddled by conservative groups that poor people deserve what they are getting,” Alston, the UN special rapporteur on extreme poverty and human rights, told CNN.

The report notes that the US has highest child mortality rate of 20 rich countries (OPEC comparison). It also has among the highest child poverty rates in the developed world, at 21%. It also considered obesity rates, income inequality and incarceration rates.

Haley said the UN special rapporteur had “categorically misstated” the progress America had made reducing poverty, but she gave no examples.

Who are America’s working poor?

More than 40 million Americans live in poverty, according to the US census.

Maudine Fall has spent her life working minimum wage jobs. At 56 years old, she became homeless. Although she continues cleaning and catering, she rarely gets more than 30 hours of work a week.

Occasionally, she stays in shelters, some nights she sleeps on the street. The worst part she says; you can never let your guard down.

“I worry about the danger, you put yourself in a vulnerable position when you’re out here,” she says.

Fall says it’s impossible to save money for a rental deposit.

If you are among the working poor living pay check to pay check, one illness or natural disaster can put you on the street.

John Bobbit is one such man.

He used to own a maintenance business employing four people.

That all changed after Hurricane Katrina slammed into New Orleans in 2005. He lost everything and ended up homeless for almost a decade.

“Pride was my biggest sin because I wouldn’t ask people to help me. I always thought, ‘I’m on my own, I’ve got to do this on my own.’ I turned to drugs and alcohol just out of self-pity, and I ended up digging myself into a deeper hole,” Bobbit said.

He was at rock bottom when he decided to walk some 500 miles (more than 700kms) from New Orleans to Atlanta to start anew. It took him 32 days.

Safehouse Outreach in downtown Atlanta helped him find work in a major hotel.

He was quickly promoted to a manager position but was out of work 18 months later when illness struck.

Respiratory failure, cellulitis and gout meant five weeks in hospital and many more weeks recovering. The hotel could not hold his position.

Bobbit returned to Safehouse Outreach first as a volunteer and then he was hired as the kitchen manager.

Today he’s making grilled cheese sandwiches and soup for the hundreds of people who struggle to survive on minimum wage.

“We do a free, hot healthy meal to anybody who walks in the door. That’s lunch and dinner. In a given year, we’ll see about 4,000 people,” said Safehouse Outreach CEO Josh Bray.

The official unemployment rate might be at record lows, but Safehouse Outreach says it’s seeing an increase in the number of underemployed.

“At least 40% of the people we serve are working, they’re holding down two to three jobs, have children, they may be trying to land on someone’s couch, some live in abandoned buildings, in their cars, then they come here and they go on shift, they work,” he said.

Demetrius Philips and his wife, Shamika Harper, both are minimum wage workers who are homeless.

“You might work today, might not tomorrow, which puts you in a bind because you’re only making $40-50 maybe $60 a day. So pay for a hotel room and buy something to eat, you don’t have any more money.”

Across the US, people working for tips can often earn as little as $2.13 an hour and have to make up the rest in tips to meet the federal minimum wage of $7.25 an hour.

The Obama administration pushed to raise the minimum wage from $7.25 to $10.10 an hour in 2014, but Republicans blocked the bill despite overwhelming support for the measure.

What is absolute poverty?

More than 5 million Americans live in third world conditions also known as “absolute poverty,” according to the report.

The UN study also found 19 out of 55 people tested in Alabama had hookworm. It’s a disease typically found in developing countries, one that was thought to have been eradicated in the US in the 1980s.

While the issue is not new, the problem is becoming more dire under the Trump administration according to the UN.

It found Trump’s policies seem “deliberately designed to remove the basic protections from the poorest, punish those who are not in employment and make even basic health care into a privilege to be earned rather than a right of citizenship.”

“Contempt for the poor in US drives cruel policies,” Alston, the UN Special Rapporteur on extreme poverty and human rights, told CNN.

“The Trump administration has brought in massive tax breaks for corporations and the very wealthy, while orchestrating a systematic assault on the welfare system,” he said. “The strategy seems to be tailor-made to maximize inequality and to plunge millions of working Americans, and those unable to work, into penury.

Forty-six million Americans depend on food banks, which is 30% above 2007 levels, according to Feeding America.

“Even people who are working full time can’t afford a decent living. They do need food stamps. They do need the sort of assistance that government can provide, but instead what we see is a constant cut back in all of those benefits by this administration,” Alston said.

Poverty in US set to increase due to Donald Trump's policies, says UN official