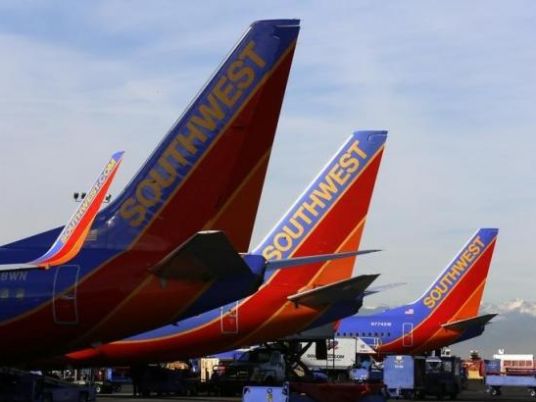 One day, Khairuldeen Makhzoomi was proudly asking the UN secretary-general a question. The next, he was booted from a Southwest flight and questioned by the FBI.

For the 26-year-old student at the University of California, Berkeley, it was a shocking turn.
Now he's pushing for an apology from the airline and spreading the word about what happened, which he calls a clear case of Islamaphobia.
It all started, according to Makhzoomi, after he decided to call his uncle in Baghdad after getting on the plane. While he waited for takeoff on his flight from Los Angeles to Oakland, California, they chatted in Arabic about an event he'd been excited to attend the day before: a dinner with UN Secretary-General Ban Ki-moon.
"I just called him and talked to him about it and everything, and he told me [to] call him when I get to Oakland, and I said, 'insha'Allah insha'Allah (God willing), I will call you when I arrive.' And during the conversation a lady was staring at me," Makhzoomi said.
The political science student thought the woman might have been concerned with how loudly he spoke on the phone. He saw her abruptly leave the plane. And suddenly, the situation turned.
"One guy came with police officers within two minutes — I can't believe how fast they were — and told me to get off the plane," he said.

Southwest declined to provide details about the incident but said in a written statement that the airline does not tolerate discrimination.

"Prior to the departure of Flight 4620, our crew made the decision to investigate a report of potentially threatening comments overheard onboard our aircraft. A group of our employees including the flight crew made the decision to review the situation. We understand local law enforcement also spoke with that passenger as the aircraft departed the gate," Southwest said.
"To respect the privacy of those involved, we will not publicly share any further specifics of the event. We prefer to communicate directly with our customers to address concerns and feedback regarding their travel experience."
"No further action" was taken after questioning Makhzoomi, an FBI spokeswoman said.
Makhzoomi says he hasn't received an apology from Southwest since he got kicked off the April 6 flight.
"All I want is an apology today," Makhzoomi said. "We as a people, Iraqi, American, Iranian, we share one thing in common, and that is our dignity. If someone tries to take that away from us, we should fight but not with aggression, with knowledge and education. One must stand for his principle."
'I felt oppressed'
Getting escorted off the plane was only the beginning, Makhzoomi said. From there, he said, the situation only got worse.
"The guy who came and pulled me from the plane, he took me to the jet bridge, I believe he worked with Southwest and I must say he was aggressive in the way he treated me. He was not very nice. He tried to speak to me in Arabic, but I couldn't understand his Arabic, so I asked him to speak to me in English," Makhzoomi said. "I felt oppressed. I was afraid. He said, 'You seem that you were having a serious conversation on the phone. Who were you talking to?' "
Makhzoomi told him he had been speaking with his uncle and showed him the video of the dinner with Ban Ki-moon. According to Makhzoomi, the man responded, "Why are you talking in Arabic? You know the environment is very dangerous."
Then, Makhzoomi said, dogs came and sniffed his bag, someone searched him at the gate and took his wallet, and FBI agents escorted him away.
He says one of the agents asked a question that surprised him: "You need to be very honest with us with what you said about the martyrs. Tell us everything you know about the martyrs."
"The moment that she said that, I told her I never said that word, I only said insha'Allah."
The questioning soon ended.
"Southwest will not fly you back," the agent said, according to Makhzoomi. "You may go."
'New norm' for Muslims?
Makhzoomi said Southwest gave him a refund, and he booked a flight home on Delta. By the time he returned to Oakland, he was so shaken he took to his bed and slept for days.
Then, he contacted the Council on American-Islamic Relations. The organization says it's the latest sign of an alarming trend.
"It's frightening on an individual level. This story is frightening when it's a singular incident," CAIR representative Zahra Billoo said, "and it's problematic that there are numerous complaints against Southwest and others this year. This is just the new normal for Muslims while flying."
Southwest says its primary focus is safety. "We wouldn't remove a passenger from a flight without a collaborative decision rooted in established procedures," the airline said. "Southwest neither condones nor tolerates discrimination of any kind. Our company could not survive if we believed otherwise. In fact, a cursory view of our workforce, as well as our expansive, multicultural customer base, is a reliable indicator that we exalt and appreciate diversity."