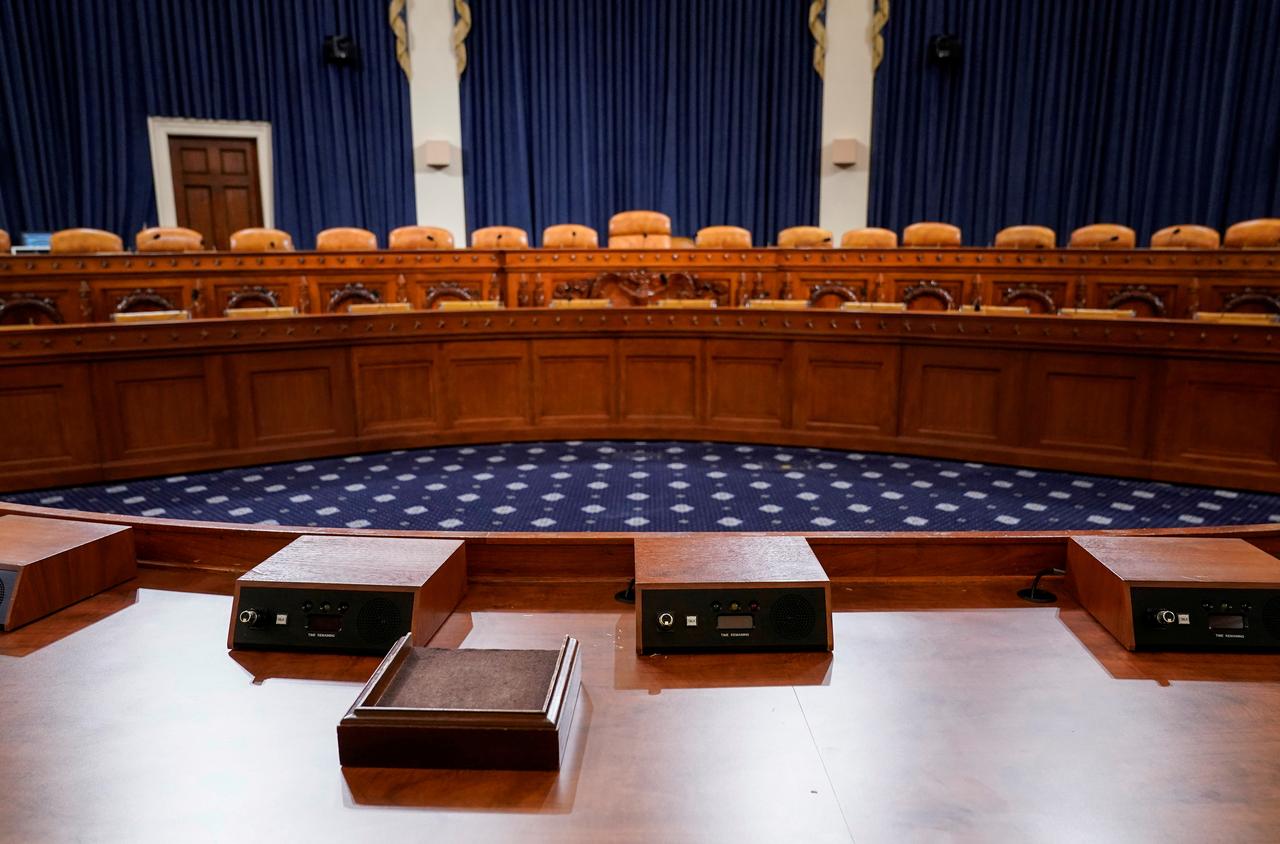 WASHINGTON (Reuters) – This week will mark a new and unparalleled chapter in Donald Trump’s tumultuous presidency, as the Democratic-led impeachment probe goes public with televised hearings into allegations about Trump’s dealings with Ukraine.

Beginning on Wednesday, three witnesses will publicly detail their concerns, previously expressed behind closed doors, that the Trump administration sought to tie military aid to Ukraine to an investigation of the Republican president’s potential Democratic rival for the presidency, Joe Biden.

The testimony will be carried by major broadcast and cable networks and is expected to be viewed by millions, who will watch current and former officials from Trump’s own administration begin to outline a case for his potential removal from office.

It has been 20 years since Americans last witnessed impeachment proceedings, when Republicans brought charges against then-Democratic President Bill Clinton.

Democrats in the US House of Representatives argue Trump abused his authority in pressing the Ukrainian government to investigate Biden and his son Hunter, who was on the board of a Ukrainian energy company, Burisma.

Representative Eric Swalwell, a Democrat on the House Intelligence Committee, which will hold the hearings on Wednesday and Friday this week, accused Trump on Sunday of “extortion.”

“We have enough evidence from the depositions that we’ve done to warrant bringing this forward, evidence of an extortion scheme, using taxpayer dollars to ask a foreign government to investigate the president’s opponent,” Swalwell said on CBS’ “Face the Nation.”

Trump argued on Twitter over the weekend that he was not guilty of misconduct and that the probe was politically driven.

“NOTHING WAS DONE WRONG!” he wrote on Sunday.

‘Democrats consider the open hearings to be crucial to building public support for a formal impeachment vote against Trump. If that occurs, the Republican-controlled Senate would hold a trial on the charges. Republicans have so far shown little support for removing Trump from office, which would require a two-thirds vote in the Senate.

The House Intelligence Committee will first hear from William Taylor, the top US diplomat in Ukraine, who told the committee in closed-door testimony that he was unhappy US aid to the country was held up by the administration.

Taylor said he also became uncomfortable with what he described as an “irregular channel” of people involved in Ukraine policy, including Rudy Giuliani, the president’s personal lawyer.

George Kent, a senior State Department official who oversees Ukraine, will appear at Wednesday’s hearing as well. Kent was also concerned about Giuliani’s role in conducting shadow diplomacy – and has testified that he was cut out of the decision-making loop on Ukraine matters.

On Friday, the committee will hear from former US Ambassador to Ukraine Marie Yovanovitch. She says she was ousted from her post after Giuliani and his allies mounted a campaign against her with what she called “unfounded and false claims by people with clearly questionable motives.”

Democrats are likely to call further witnesses after this week.

House Republicans released their list on Saturday of witnesses they would like brought before the committee, including Hunter Biden and the yet-unnamed whistleblower who first brought the complaint against Trump over his July 25 call with Ukrainian President Volodymyr Zelenskiy.

Intelligence Committee Chairman Adam Schiff, a Democrat, is unlikely to summon either to testify, and even some Republicans have opposed the push from Trump and some of his supporters that the whistleblower be identified.

“I think we should be protecting the identity of the whistleblower,” Will Hurd, a former CIA officer and a Republican member of the committee, said on the “Fox News Sunday” program, “because how we treat this whistleblower will impact whistleblowers in the future.”

Hurd said, however, he “would love to hear from Hunter Biden” and accused Democrats of running a “partisan exercise.”

Trump and Giuliani have led accusations – without providing evidence – that Joe Biden sought the dismissal of a Ukrainian prosecutor to block a corruption probe of Burisma. The Bidens have denied wrongdoing.

Republicans on the committee will be permitted to question the witnesses this week and defend the president, although the president’s lawyers will not allowed to do so – something Trump has complained about bitterly.

Image: FILE PHOTO: The committee room in the Longworth House Office Building where the first public hearings in the impeachment inquiry against US President Donald Trump are scheduled to take place is shown on Capitol Hill in Washington, US, November 6, 2019. REUTERS/Joshua Roberts/