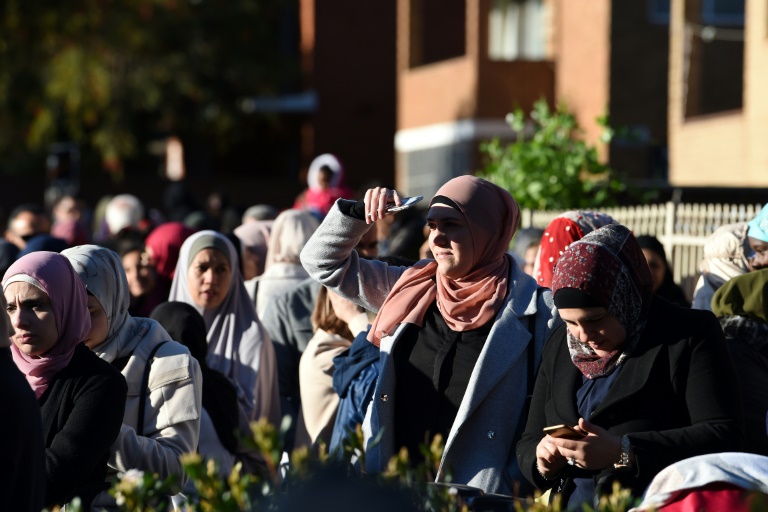 An Australian politician was widely condemned Wednesday after demanding “a final solution” to immigration and calling for a return to the White Australia policy that favored “European Christians”.

Fraser Anning stunned lawmakers during his maiden speech to the senate when he invoked the infamous Nazi phrase used under Adolf Hitler in reference to annihilating Jewish people from Europe.

He also sparked widespread anger by urging a ban on Muslim migrants and defending the race-based White Australia immigration policy that was in place for seven decades from 1901.

“We as a nation are entitled to insist that those who are allowed to come here predominantly reflect the historic European-Christian composition of Australian society,” Anning told the upper house late Tuesday

“Those who come here need to assimilate and integrate.”

He added that “ethnocultural diversity … has been allowed to rise to dangerous levels in many suburbs”.

“In direct response, self-segregation, including white flight from poorer inner-urban areas, has become the norm.”

Anning, who represents Queensland for Katter’s Australian Party, called for immigrant numbers to be slashed, and for a ban on Muslims, justifying his call by saying they had “consistently shown to be the least able to assimilate and integrate”.

“While all Muslims are not terrorists, certainly all terrorists these days are Muslims, so why would anyone want to bring more of them here?”

He added: “The final solution to the immigration problem is of course a popular vote.”

Immigration remains a hot button issue in Australia, amid concern about jobs and overcrowding in major cities.

Anning’s comments sparked a backlash from all sides of politics, led by Prime Minister Malcolm Turnbull who emphasized Australia was one of the most successful multicultural societies in the world.

“So we reject, we condemn racism in any form, and the remarks by Senator Anning are justly condemned and rejected by us all,” he said, adding that the “final solution” jibe was “a shocking insult to the memory of six million Jews who died in the Holocaust”.

Labor opposition leader Bill Shorten called the speech “a low point for our parliament”, while independent senator Derryn Hinch said there “was hardly a group of Australians he did not offend unless you were very close to being a member of the Ku Klux Klan”.

Despite the criticism, Anning was unrepentant Wednesday and claimed he did not know the connection between the phrase “final solution” and Nazi Germany.

He won support from his party leader, Bob Katter, who said he “1,000 percent” backed him.

“His speech was absolutely magnificent and it’s everything that this country should be doing,” he said.