"Master of None" co-creator Alan Yang finds it very amusing that Eric Wareheim's character is being called "the token white guy."
The Netflix comedy series, which debuts today, is about as diverse as it comes.
Co-creator Aziz Ansari stars as Dev, and his crew of buddies includes "Dear White People" producer Lena Waithe as Denise, who is (like Waithe) a black lesbian; Brian, played by Asian actor Kelvin Yu; and Wareheim's Arnold.
The diversity wasn't exactly purposeful, Yang said; they just asked the casting director to find interesting and cool people. But it's natural.
"It's about getting diversity behind the camera," Yang said. "Given that the show was created by an Indian guy and an Asian guy, we were already several steps ahead with that." 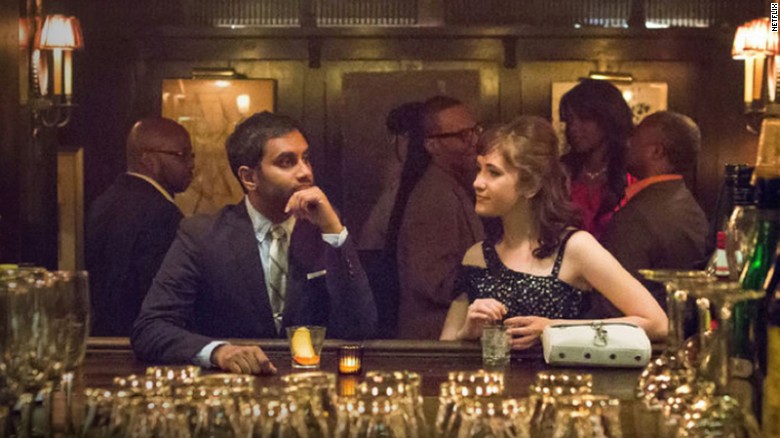 There's a lot to be thankful for in November, especially when it comes to streaming content, including shows such as the Netflix original "Master of None", which stars Aziz Ansari, left. Here's what else will be debuting during the month:
Yang is a former writer for "Parks and Recreation," the beloved comedy that helped make his friend Ansari a star. The pair sold "Master of None" two years ago, he said, but their commitment to the last year of "Parks and Rec" gave them a bit more time to play with the concept.
"In the beginning, it was kind of more of a dating show," Yang said. "But as we started talking about it, it started broadening."
Ansari's character is an actor itching to break out of commercials and into movies. And while Dev seems a great deal like the man who portrays him (his parents are even played by Ansari's real-life parents), Yang said, they were careful not to rely too much on either Ansari's standup or his recent relationship book, "Modern Romance." 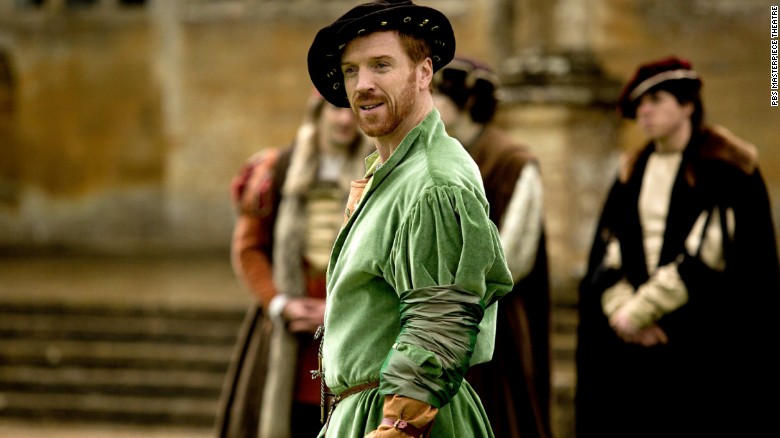 "Wolf Hall" The life of Thomas Cromwell in King Henry VIII's court (Damien Lewis, center, is Henry) is at the center of this drama. ;(Amazon Prime)
Dev "is the only character who appears on every episode," Yang said. "We said, 'What if he were the avatar into what we covered each episode?' "
The show's wide-ranging topics include relationships, the lives of older people and racial and sexual politics.
But don't think that it's preachy. Yang and Ansari aimed for authenticity and the commonalities that bind all of us.
Noel Wells, who plays Ansari's love interest, Rachel, said viewers will see themselves in storylines like how technology shapes our day-to-day. When it came to her character, she remembers "reading the script and going, 'Thank you, she has opinions. She's a real person.' "
"Aziz was really, really supportive," said Wells, whom some might remember from her time on "Saturday Night Live." "He treated us all like collaborators."
It's one of the things that attracted Waithe, also. Her character offers a twist on the gay friend often found on comedies.
The actress said she was told that Denise was originally envisioned as a straight white character. But after she met Ansari, they just vibed.
"Aziz and I had an immediate chemistry," Waithe said. "It was magic from the start." 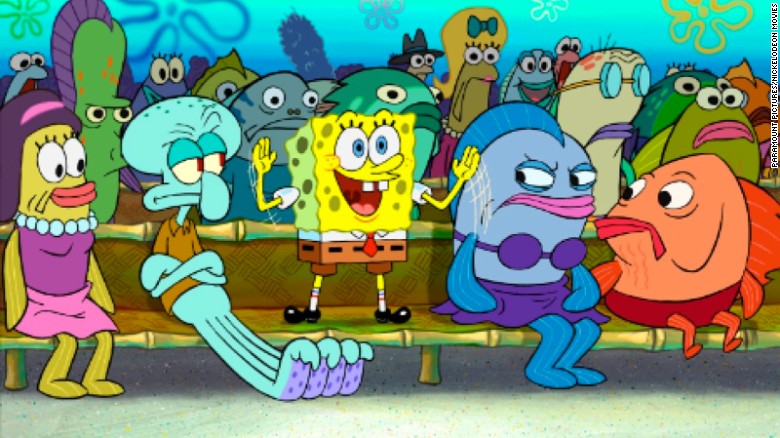 The SpongeBob SquarePants Movie;: The animated film featured the popular character trying to track down King Neptune's stolen crown.(Netflix)
While Waithe and her character share some traits, she says Denise is a "heightened version" of herself.
"Denise is a realist, not a pessimist," she said. "She's also a good friend. She's very much a part of a crew, and I get that, because I have my own village."
The actress is aware that some responsibility comes along with being female, black and gay in such a high-profile role. She says she has "always wanted to be my most authentic self."
"I don't necessarily have to represent all lesbians or all black people," she said. "But I definitely want to be a person that community can be proud of."