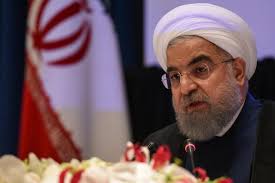 Bangladesh said on Tuesday it would complete the process of returning within two years many of the hundreds of thousands of Rohingya Muslims who had fled a conflict in Myanmar, following a meeting of the neighbors.

The bilateral repatriation plan, which Myanmar said would begin next Tuesday, was greeted with some skepticism from NGOs, who said it did not adequately address questions of safety, livelihoods and permanent resettlement.

A statement by the Bangladesh foreign ministry said the return effort envisages “considering the family as a unit,” with Myanmar providing temporary shelter for those returning before rebuilding houses for them.

Bangladesh would set up five transit camps to send Rohingyas to two reception centers on the Myanmar side of the border, the statement said.

“Myanmar has reiterated its commitment to stop (the) outflow of Myanmar residents to Bangladesh,” it said.

The statement also called for repatriating orphans and “children born out of unwarranted incidence”, a reference to cases of rape resulting in pregnancy, a Bangladesh foreign ministry official said.

The rape of Rohingya women by Myanmar’s security forces was widespread, according to interviews with women conducted at displacement camps by UN medics and activists. The military denies it was involved in any sexual assaults.

The crisis erupted after Rohingya insurgent attacks on security posts on Aug. 25 in the western state of Rakhine triggered a fierce military response that the United Nations denounced as ethnic cleansing. Some 650,000 people fled the violence.

The meeting in Myanmar’s capital Naypyitaw was the first for a joint working group set up to hammer out the details of the November repatriation agreement.

The Myanmar government did not immediately issue its own statement after the meeting concluded on Tuesday.

Ko Ko Naing, director general of Myanmar’s Relief and Resettlement Department in the Ministry of Social Welfare, told Reuters by telephone that Myanmar had signed the agreement with Bangladesh and was aiming to start the repatriation process by Jan. 23.

A Myanmar agency set up to oversee repatriation said last week two temporary “repatriation and assessment camps” and one other site had been set up to accommodate returnees.

Myint Kyaing, permanent secretary at Myanmar’s Ministry of Labour, Immigration and Population, told Reuters this month Myanmar would begin processing at least 150 people a day through each of the two camps by Jan. 23.

Left out of the talks between Myanmar and Bangladesh were the fears and concerns of the refugees themselves, “as if they are an inert mass of people who will go where and when they are told,” Phil Robertson, deputy Asia director at Human Rights Watch, told Reuters in an email.

“Where are considerations for protection of the Rohingya from Myanmar security forces who months ago were raping and killing them? How come the discussions ignore the deprivation of rights of people held in indefinite detention, which is what these so-called “temporary” accommodations may become?,” Robertson asked.

A group of refugees at the Kutupalong Rohingya camp expressed doubt about the two “temporary settlement” camps Myanmar has agreed to establish on its side of the border.

Mohammad Farouk, 20, who arrived in Bangladesh from Maungdaw following the Aug. 25 attacks, said exchanging one camp for another made little difference – except ”the camps in Myanmar will be far worse, because we will be confined there and there will be a risk to our lives.”

Another resident of the Kutupalong camp compared the new transit camps to ones set up near the Rakhine state capital of Sittwe following bouts of violence in previous years ”where people are living like prisoners”.

“First, ask the military to give those Rohingya their homes and property back, then talk to us about returning,” said the Rohingya refugee who did not want to be identified.

Some said the kind of violence they witnessed toward their community in Myanmar made it hard for them to trust the military. “Even if I don’t get food or anything else here, at least there is safety. I won’t feel safe if I go back to Myanmar,” said Rashid Ahmed, 33.

Noor Alam, 37, who came to Kutupalong five months back, wondered if he could ever get a job in Myanmar. “They don’t even call us Rohingya. Until they consider us citizens we won’t go back.”

Some young men in the camp worried they might be arrested on accusations of terrorism if they returned.

Camp conditions in Bangladesh are dire enough, but more than 520,000 Rohingya children are at even greater risk ahead of the cyclone season that generally begins in April, the United Nations Children’s Fund said on Tuesday.

”Hundreds of thousands of children are already living in horrific conditions, and they will face an even greater risk of disease, flooding, landslides and further displacement,” said Edouard Beigbeder, UNICEF Representative in Bangladesh.

Nearly 1 million Rohingya live in Bangladesh, including those who came after previous displacements dating back to the 1990s.

Rohingya insurgents say they have no option but to fight Myanmar