There are people "who have a sense of entitlement and don't realize the consequence of their actions," Hayek said 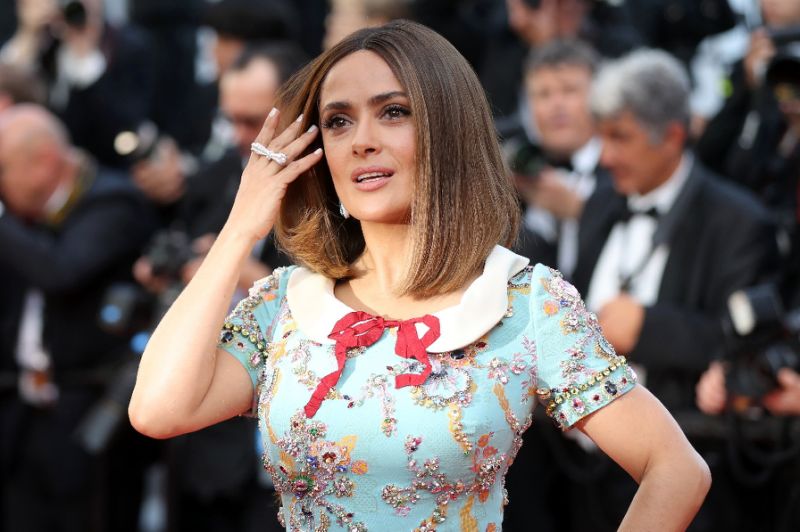 “Beatriz at Dinner” — a film that takes a hard look at class, racism and environmental destructions — is seemingly perfectly suited for the Trump era, even though it was filmed before the Republican billionaire took office.

The film stars Salma Hayek as a Mexican immigrant living in the United States who was separated from her family after a failed real estate project decimated her small town.

The woman, who describes herself as “ugly, old and fat,” now makes her living as a massage therapist among the wealthy in posh Orange County, in southern California.

Hayek plays Beatriz in plain clothes, no make-up and awkward hair — a world away from the sultry good looks showcased in “From Dawn to Dusk” (1996), or her Oscar-nominated performance as Frida Kahlo in “Frida” (2002).

After finishing a massage session at the house of a wealthy patron, Beatriz’s car breaks down. As she is far from home, where she lives with her dogs and a small goat, Beatriz’s customer invites her to stay for dinner while she waits for help.

The dinner turns into a free-for-all when Beatriz decides to dispense with decorum and take on another guest, billionaire real estate developer Doug Strutt (John Lithgow), who at first mistakes her for a servant.

At one point, Strutt — who builds projects with disregard for the environment and its effect on local residents — asks Beatriz where she is from.

When she answers “From Pasadena,” he presses: “Where are you from originally?”

The painful exchanges that follow — including one about Beatriz’s immigrant status — reflect the kinds of debates now commonplace in Donald Trump’s America, and fueled by the president’s promise to deport three million “illegal immigrants” and build a wall on the border with Mexico.

America’s rich-poor divide is sharply depicted in the film: the petite, plain-Jane Beatriz is clearly out of place with the tall, white, well-manicured women in high heels and their husbands, who smoke cigars as they discuss business deals.

“I love this character because it represents so many people,” Hayek, who is of Mexican and Lebanese descent, told AFP in a telephone interview in Spanish.

“People think that (Mexicans) still get around on donkeys. There is a lack of understanding over who we are, where we come from, what we feel and what we want.”

Environmentalists vow to fight Carmichael coal mine in Australia

The movie, presented at the Sundance Film Festival in January, opens in the United States on Friday — one week after Trump announced that he is pulling Washington out of the Paris climate agreement.

“There are things that my character says that seems like they were written now,” said Hayek, who has earned some early Oscar buzz for her work.

“With time, the movie will become more relevant.”

Director Miguel Areta and screenwriter Mike White say they were inspired by the slaying of Cecil the Lion by an American dentist in Zimbabwe in June 2015.

There are people “who have a sense of entitlement and don’t realize the consequence of their actions,” Hayek said.

In the middle of filming, Hayek turned 50. To mark the occasion, she was serenaded on set by a mariachi band.

“It felt incredible, to share it with a director that I’ve been dreaming of working with for years and finally managed to do it at the age of 50,” she said.

“And for a writer, one of my heroes, to have written a film for me — you can’t imagine (the joy),” she said.