We see today's...stress test results as a positive for Trump administration efforts to deregulate the banks," said Jaret Seiberg, a policy analyst 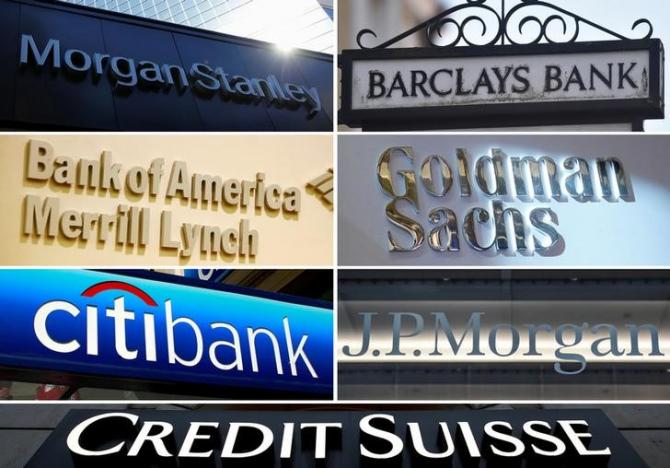 The 34 largest U.S. banks have all cleared the first stage of an annual stress test, showing they would be able to maintain enough capital in an extreme recession to meet regulatory requirements, the Federal Reserve said on Thursday.

Although the banks, including household names like JPMorgan Chase & Co and Bank of America Corp, would suffer $383 billion in loan losses in the Fed’s most severe scenario, their level of high-quality capital would be substantially higher than the threshold that regulators demand, and an improvement over last year’s level.

“This year’s results show that, even during a severe recession, our large banks would remain well capitalized,” said Fed Governor Jerome Powell, who leads banking regulation for the central bank. “This would allow them to lend throughout the economic cycle, and support households and businesses when times are tough.”

Since the first test was conducted in 2009, big banks have seen losses abate, loan portfolios improve and profits grow. The banks that now undergo the exam have also strengthened their balance sheets by adding more than $750 billion in top-notch capital, the Fed said.

Banks and their investors have been hoping the improvements would prompt the Fed to allow them to use more capital for stock buybacks and dividends, especially as the Trump administration is seeking to relax financial regulations.

“We see today’s…stress test results as a positive for Trump administration efforts to deregulate the banks,” said Jaret Seiberg, a policy analyst with Cowen & Co.

Rob Nichols, president and chief executive officer of the American Bankers Association, said the Fed should consider a number of recommendations recently laid out by the Treasury Department, including making the stress tests more transparent and less frequent.

“From this solid foundation, the focus should now turn to what can be done to help U.S. banks promote economic growth even further,” he said.

Thursday’s results are the first of a two-part exam. It showed whether the banks would meet minimum requirements under the Fed’s methodology, using materials they submitted.

The second portion of the test, to be released on Wednesday, will show whether the Fed approves or denies banks’ capital plans. Banks now have an opportunity to resubmit those plans if they find their own projections were much sunnier than the Fed’s.

Under the Fed’s worst-case stress-test scenario, the U.S. unemployment rate more than doubles to 10 percent.

However, even with the losses in that scenario, the banks’ aggregate level of high-quality capital would still cover 9.2 percent of their risk-weighted assets, according to the Fed. That is much better than the 4.5 percent threshold that regulators demand, and an improvement on the 8.4 percent common equity tier 1 (CET1) capital ratio assessed last year.

Analysts say Citigroup Inc has the most to gain or lose in the stress tests. Shareholders of the fourth-largest U.S. bank have been clamoring for management to buy back more of its stock, which is trading below what its assets are worth. But the bank cannot do so without the Fed’s approval.

Under the Fed’s examination, Citi’s minimum CET1 ratio in the most stressful scenario was the highest among big Wall Street banks, at 9.7 percent. Citi’s own analysis showed that metric at 10 percent.

Of those, Goldman Sachs had the biggest optimism gap compared with the Fed when it came to the worst-case scenario. Its model produced a 9.8 percent minimum CET1 ratio, 1.4 points better than the Fed’s. Wells Fargo’s metric also fared better in its own test than under the Fed’s, by 0.8 of a point.

Conversely, JPMorgan’s analysis appeared to be more dour, with its CET1 ratio coming in 1.3 percentage points below the Fed’s. Bank of America’s was 0.7 of a point worse.

Banks that decide to resubmit their plans can only make downward revisions to the amount of capital they plan to use, meaning management teams that were too conservative may regret their submissions even if they pass.

“If there is disappointment next week,” said Seiberg, “it is likely because the banks failed to ask for big enough distributions more than it is because the Federal Reserve was too tough.”