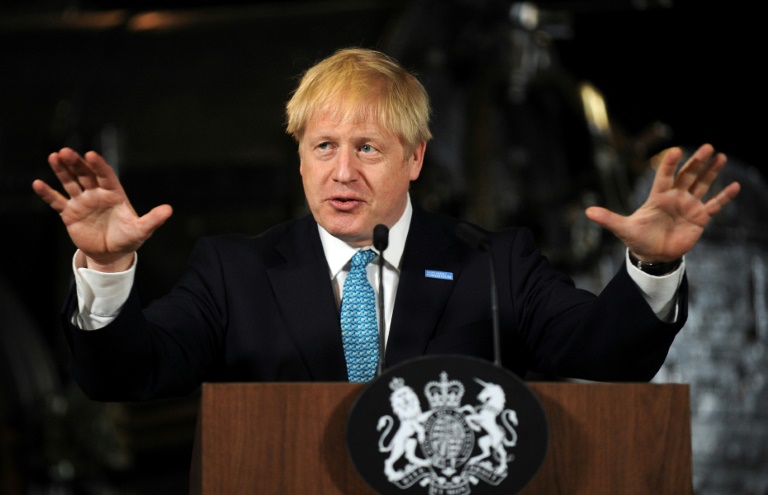 British Prime Minister Boris Johnson will on Wednesday meet leaders in Northern Ireland, the key battleground in Britain’s fight to leave the European Union and the focus of increasingly tense rhetoric on both sides of the Irish Sea.

He arrived in Belfast on Tuesday night amid warnings from Irish leaders that his vow to leave the EU, with or without a deal, risks breaking up the United Kingdom.

Johnson will hold talks with Northern Ireland’s main political parties to discuss the restoration of the British province’s power-sharing government, which collapsed in January 2017.

But Brexit will be the issue hanging over the visit.

Ireland has a land border with the province that both sides want to keep free-flowing after Brexit, both for economic reasons and, more importantly, to maintain the delicate peace deal that brought an end to decades of violence between Irish nationalists and British loyalists.

The removal of checks on the border with Ireland was considered a key factor in reducing tensions. But after Brexit, that border will become part of the EU’s external frontier and would legally require policing.

The agreement struck by Johnson’s predecessor Theresa May proposed the so-called “backstop” solution, a mechanism designed to preserve the EU’s single market and prevent a hard border on the island of Ireland.

But many euroskeptic MPs believe it gives the EU too much control over Britain and rejected the deal three times.

Johnson told Ireland’s prime minister, Leo Varadkar, on Tuesday that the “backstop” plan was unacceptable, putting him at odds with both Dublin and Brussels, which insists the deal is not open for renegotiation.

“If they really can’t do it then clearly we have to get ready for a no-deal exit,” Johnson said on a trip to Wales, adding: “It’s up to the EU, this is their call.”

Varadkar has said that Johnson’s plan to renegotiate the deal by a deadline of October 31 was “totally not in the real world”.

Leaving without a deal would throw the border status into confusion and threaten economic catastrophe for Ireland, cutting it off from its main trading partner.

Johnson pledged to Varadkar on Tuesday there would be no physical checks on the border, whatever happened.

Brexit supporters believe electronic checks can take place away from the frontier, but no viable plan is close to being agreed.

Varadkar said on Friday that a no-deal Brexit would make the unification of Northern Ireland and the Republic of Ireland more likely.

“People who you might describe as moderate nationalists or moderate Catholics who were more or less happy with the status quo will look more towards a united Ireland.

“And increasingly you see liberal Protestants, liberal unionists starting to ask the questions as to where they feel more at home,” Varadkar said.

Northern Ireland is not the only country whose status as a member of the United Kingdom after Brexit is under the spotlight.

Sturgeon said last week that Scotland, where a majority of voters opted to remain in the EU in the 2016 referendum, needed an “alternative option” to Johnson’s Brexit strategy.

He also visited Wales on Tuesday as part of the whistlestop tour of the United Kingdom, designed to signal his commitment to keeping the union whole after Brexit.