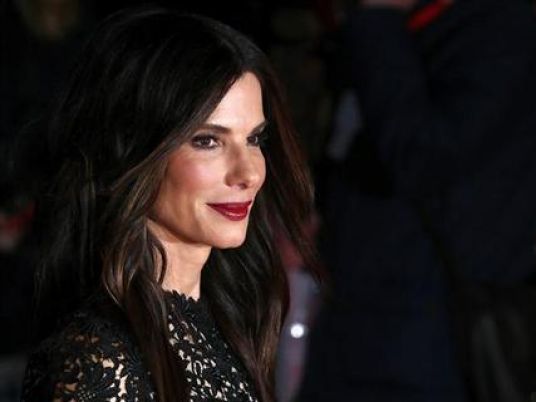 Illustrating the limits of star power, "Our Brand is Crisis" and "Burnt" were both roundly rejected by audiences despite the presence of Sandra Bullock and Bradley Cooper.
"Our Brand is Crisis," a political satire about a spin-doctor navigating a Latin American presidential election, is the worst wide release opening of Bullock's career, sliding in below 1996's "Two If By Sea" with US$4.7 million. It debuted to a dreadful $3.4 million across 2,202 locations. Warner Bros. distributed the $28 million production.
"We're proud of the movie, we had higher expectations, and we're obviously disappointed," said Jeff Goldstein, Warner Bros. distribution executive vice president.
Not that Cooper fared much better playing a down-and-out chef trying to score a comeback. "Burnt" made a meagre $5 million bowing across 2,900 theaters. The Weinstein Company distributed the critically scorched dramedy. It cost roughly $20 million to make and was directed by John Wells ("August: Osage County")
"It's a small film and we didn't spend a ton of money on it, but we were obviously hoping for more," said Erik Lomis, the Weinstein Company's distribution chief. "We love Bradley and he worked so hard on it with John Wells. It's a passion project that hit a tough weekend."
It wasn't just star power at play. Both films debuted on Halloween weekend that fell at a particularly rough time on the calendar. The holiday happened to take place on Saturday, traditionally the busiest day for movie-going, so studios were bracing for a weekend that offered up more trick than treat. Their worst fears were realized. Overall ticket sales fell below $75 million, the worst results of the year. The weakness of "Our Brand is Crisis" and "Burnt" enabled a group of holdovers to maintain their grip on the top spots at the box office.
"The Martian" captured first place with $11.4 million. The Fox adventure story is on pace to be the biggest domestic grossing release of Ridley Scott's career, having made $182.8 million since debuting in October.
Second and third positions went to Sony's "Goosebumps" and Dreamworks' "Bridge of Spies" with $9.8 million and $8.1 million, respectively. "Goosebumps" has made roughly $57 million in three weeks, while "Bridge of Spies" has been one of the only adult dramas to connect, earning $45.2 million over the same period.
The top five was rounded out by Sony's Hotel Transylvania 2" with $5.6 million and Lionsgate's "The Last Witch Hunter" with $4.7 million. The pictures have made $155.7 million and $18.6 million domestically.
"Steve Jobs," the Universal drama about the Apple founder, sank in its second weekend of wide release. The picture earned $2.6 million, a 65 percent fall, bringing its domestic total to $14.5 million.
It was also a bad weekend for distribution experiments. Paramount's "Scouts Guide to the Zombie Apocalypse" was brutalized when it kicked off to roughly $1.7 million across 1,509 locations.
Its failure comes on the heels of last weekend's "Paranormal Activity: The Ghost Dimension." Both pictures are part of an experiment that allows Paramount to debut the films digitally 17 days after it leaves most theaters in return for cutting exhibitors like AMC in on a cut of the home entertainment revenue. Usually they have to wait 90 days between a picture's theatrical debut and its digital launch. The problem is that many chains refused to show the pictures, believing that they set a dangerous precedent and threatened their theatrical exclusivity. "Scouts Guide" cost roughly $15 million to produce.
In its second weekend, the "Paranormal Activity" sequel fell 58% to $3.4 million, bringing its total to $13.6 million.
"Truth," a drama about "60 Minutes" controversial report on George W. Bush's National Guard service, stumbled in its wide release expansion. The Sony Pictures Classics' release moved from 18 screens to 1,120 venues, earning a dispiriting $900,914 in the process. Its total stands at $1.1 million.
The failure of "Our Brand is Crisis" contributes to an annus horribilis for Warner Bros. The studio scored hits with "San Andreas" and "American Sniper," but has lost tens of millions on the likes of "Pan," "The Man From U.N.C.L.E.," and "Jupiter Ascending."
It is hoping next year, which offers up "Batman v. Superman: Dawn of Justice" and the Harry Potter spin-off, "Fantastic Beasts and Where to Find Them," can help the studio rebound.