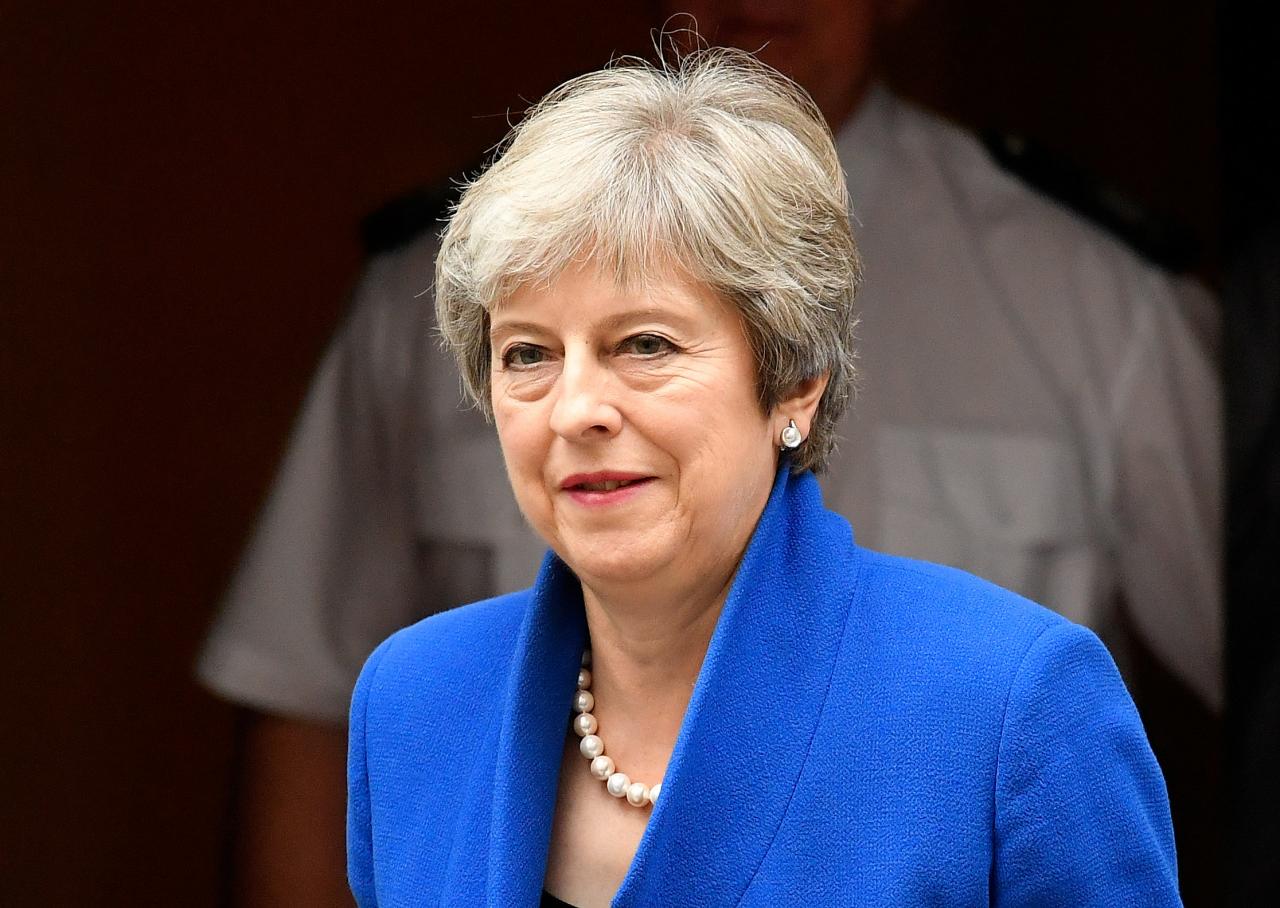 About 50 Brexit-supporting lawmakers in British Prime Minister Theresa May’s party have met to discuss how and when they could force her out of her job, the BBC reported on Wednesday.

Since her botched bet on a snap election in June 2017 lost her party its majority in parliament, May has faced persistent talk of a leadership challenge which has weakened her as she tries to clinch a Brexit deal with the European Union.

Lawmakers from the European Research Group (ERG), a grouping in May’s Conservative Party which wants a sharper break with the EU, met on Tuesday night and openly discussed May’s future. Unattributed comments included “everyone I know says she has to go”, “she’s a disaster” and “this can’t go on,” the BBC reported.

One source quoted by the BBC said “people feel the leadership is out of touch and has lost the plot” but another said changing the leader “is a stupid idea now”.

A spokesman for May declined to comment on the report.

When asked if May should go, Jacob Rees-Mogg, the ERG leader, told reporters: “The policy needs to be changed but I am supporting the person. Theresa May has enormous virtues, she is a fantastically dutiful prime minister and she has my support – I just want her to change one item of policy.”

Former Brexit Secretary David Davis, who quit the cabinet in July over May’s EU withdrawal plan, said: “I disagree with her on one issue — and it’s this issue — and she should stay in place because we need stability and we need decent government.”

The United Kingdom is due to leave the European Union on March 29. The EU and Britain hope to clinch a deal later this year so parliaments on both sides can ratify it before Brexit.

European Commission head Jean-Claude Juncker said the EU will not allow Britain to participate only in some parts of the bloc’s single market after Brexit without honoring all of the rules.

May’s proposal for a post-Brexit free trade area with the EU for goods, which would include accepting a “common rulebook” for those goods, have angered committed Brexiteers inside her party.

Even a small rebellion inside her party on a final deal could spell the end of her minority government and throw Britain’s exit into chaos.

Michael Gove, May’s environment minister and a leading Brexiteer, told BBC radio: “I want to ensure that we get a solid vote, which I’m sure we will, when the prime minister brings back the treaty,” adding lawmakers should rally behind May.

Gove is one of the most visible Brexit campaigners still in the cabinet after Foreign Secretary Boris Johnson and Davis quit in July saying May’s plan would keep too much EU influence. The rift deepened this week with Johnson comparing May’s plan to a “suicide vest” on Britain’s constitution.

Some rebel lawmakers at the Tuesday meeting said they had submitted letters of no confidence in May, the source told the BBC. Under Conservative rules, a leadership election is triggered if 15 percent of Conservative lawmakers, currently 48 of its 315 members of parliament (MPs), demand a vote of no confidence.

The ERG on Wednesday unveiled its proposal for how Britain could leave the EU without constructing a hard border between Northern Ireland and Ireland, one of the main sticking points in securing a Brexit deal.

The BBC said Tuesday’s meeting did not include all the ERG’s senior figures and it had discussed possible scenarios depending on whether May was able to secure a deal with the EU based on her proposals.

May’s spokesman said her proposal, known as “Chequers” for the country house where it was hashed out in July, is the only serious, credible and negotiable plan available.

The Sun newspaper reported on Wednesday that May’s office was drawing up secret plans to ditch her Chequers blueprint if EU leaders reject it at a summit next week.

Pressure mounts on May as critics tear into her Brexit plan