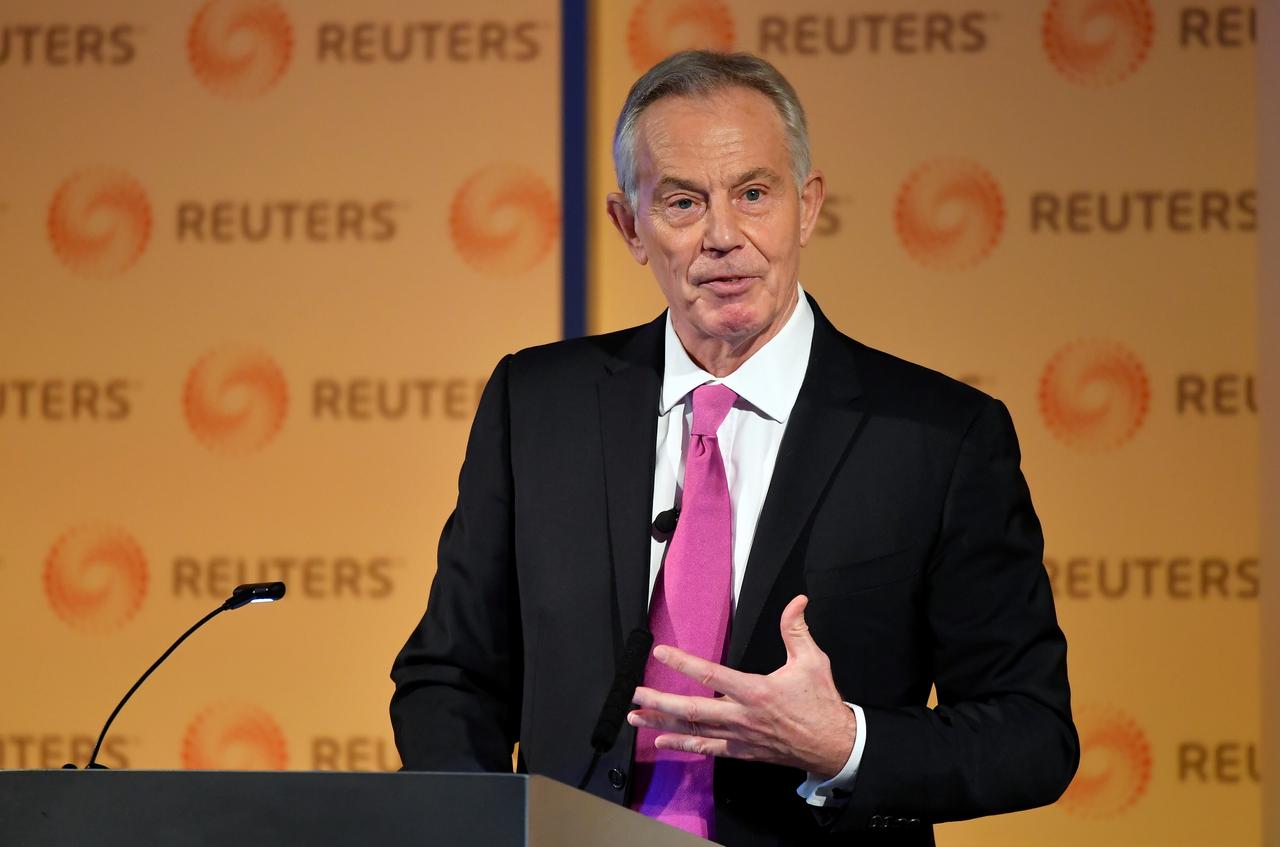 LONDON (Reuters) – Former prime minister Tony Blair said on Monday that Britain was in a dangerous mess and that neither his own Labor Party nor Prime Minister Boris Johnson’s Conservatives deserved to win a Dec. 12 election.

Britain is holding an election three years ahead of schedule because parliament was deadlocked over Brexit, unable to agree on how or even whether to leave the European Union.

“We’re a mess,” Blair said at a Reuters Newsmaker event. “The buoyancy of the world economy has kept us going up to now, but should that falter, we will be in deep trouble.”

Blair, Labor prime minister from 1997 to 2007, said both major parties were peddling fantasies, adding that if the opinion polls were accurate, Johnson’s party looked likely to win a majority.

Blair, the only Labor leader to win three elections, said his party was now controlled by its “Marxist-Leninist wing” and that its leader Jeremy Corbyn was promising a revolution.

“The truth is: the public aren’t convinced either main party deserves to win this election outright.”

The Dec. 12 vote presents a stark choice between a socialist-run state under Labour, which is offering a second referendum on leaving the EU, and the free-market Conservatives, who want to “get Brexit done” by the end of January.

Blair, an opponent of Brexit, argued for a second referendum on the decision to leave, saying it would need to be followed by another general election.

Johnson has pledged to take Britain out of the EU by Jan. 31 if he wins a parliamentary majority and then to negotiate a comprehensive deal with the bloc covering trade and future relations during a transition period due to end next December.

Blair cast doubt on that timetable and said there was still a risk that Britain could exit the EU in a year’s time without having struck a deal with its biggest trading partner.

“No-deal Brexit is not off the table,” Blair said. “This negotiation (on the future relationship) has no chance of being concluded in that transition period.”

Blair said he did not know whether Labour, which has tacked sharply to the left under Corbyn, would ever return to the center ground of British politics, but added: “We must set about the urgent task of reconstructing the sensible mainstream of British politics.”

“Otherwise, this laboratory experiment in populism running riot will end very badly for our nation.”