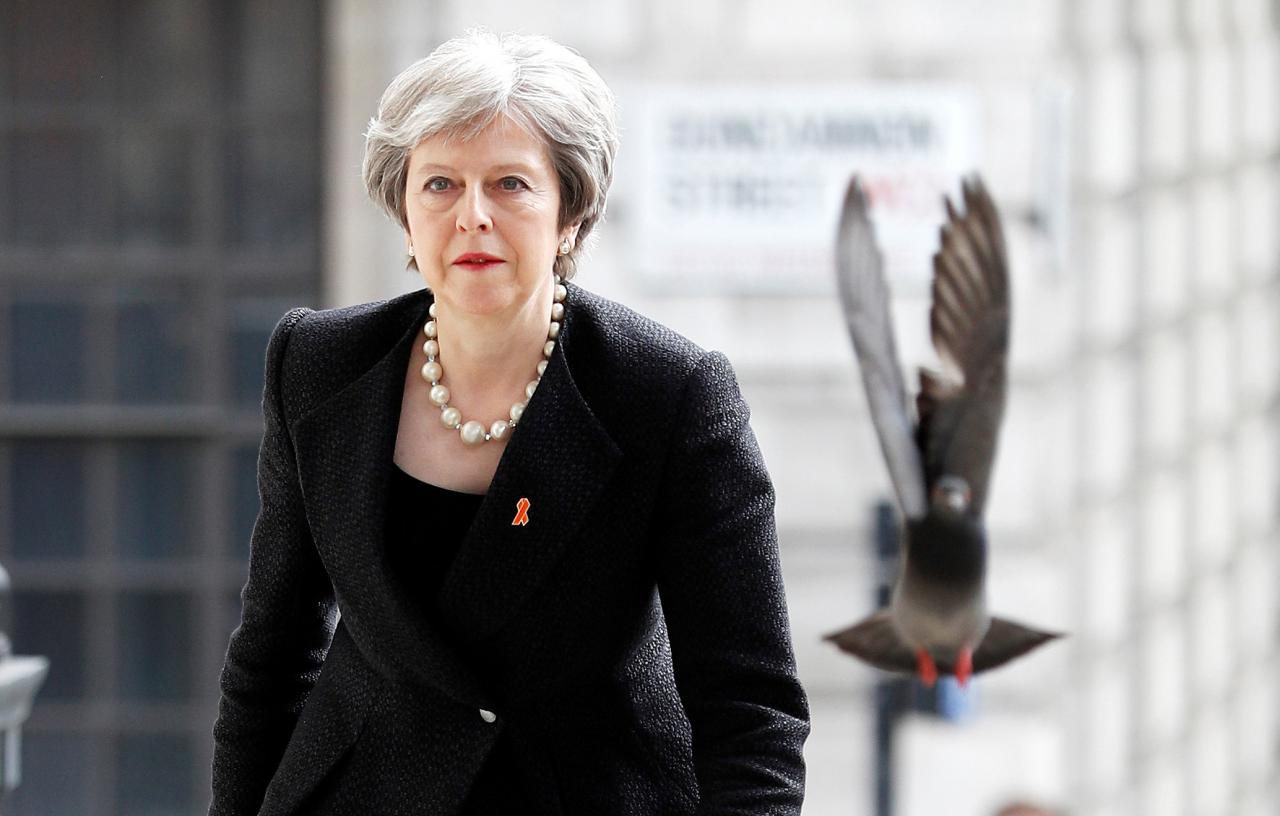 British MPs vote Thursday on whether to seek a Brexit delay, as the chaotic process to end Britain’s near five-decade membership of the EU plunged Britain into deep political crisis.

Embattled Prime Minister Theresa May has agreed to ask for a postponement with just two weeks to go until the March 29 scheduled departure date, but she has warned that unless MPs drop their opposition to her divorce deal, any delay would likely be lengthy.

And she has called for a third vote on her Brexit deal in the next few days after suffering two humiliating defeats in parliament.

In a dramatic and often chaotic few days in the House of Commons, MPs voted on Tuesday to reject May’s deal for a second time, and then, on Wednesday, to reject leaving the EU with no plan.

The pound soared after the “no deal” vote but edged down early Thursday, as Britain could still crash out of the bloc on March 29 unless it agrees an alternative, triggering an economic shock.

May will later ask lawmakers to endorse a delay, and proposes to put her deal back to MPs by next Wednesday to allow her to ask for an extension at an EU summit the following day.

The postponement would be until June 30 if her withdrawal agreement is finally approved.

But if MPs again reject it, May warned the delay could be much longer and could force Britain to take part in European Parliament elections in May.

EU Council chief Donald Tusk said Thursday that it could approve a long postponement, “if the UK finds it necessary to rethink its Brexit strategy and build consensus around it.”

Brexit has become deadlocked in the British parliament, reflecting the deep divisions that remain almost three years after the 2016 referendum which saw Britons narrowly vote to leave the European Union.

This week’s moves in parliament have further entrenched the rifts between the rival camps, both in parliament and in the country at large, with May appearing to lose control of her party and government.

Amid sometimes farcical scenes in parliament on Wednesday, four cabinet members were among 17 Conservative MPs who defied May and failed to vote with the government.

Finance minister Philip Hammond conceded “these are very challenging times” but insisted the government was still trying “to build a consensus behind the deal.”

It is in renewed discussions to win over its influential parliamentary allies the Democratic Unionist Party (DUP) and other hardline Brexiteers, a DUP source told AFP.

“It is clear already that there are colleagues who voted against the deal who are now looking at where the Commons is taking us and are asking themselves… is the deal the best solution,” Hammond told the BBC.

This week’s machinations in parliament come two years after Britain set the clock ticking on its departure from the EU following the referendum.

Business leaders have warned that Britain is “staring down the precipice” if it severes 46 years of ties with its biggest trading partner without a deal.

On Wednesday the government announced a series of measures in case Britain crashes out on March 29, including scrapping tariffs on most imports and not applying checks on the Irish border.

May had hoped that last-minute assurances from EU chiefs on key sticking points in her deal, chiefly the backstop proposal to keep the Irish border open, would get it through parliament.

However, she was torpedoed by legal advice from her Attorney General Geoffrey Cox, who said the changes would not allow Britain to leave the backstop of its own accord.

That raised fears among Brexiteers that the country would be stuck in an indefinite customs union with the EU.

Anti-Brexit supporters have been buoyed by the recent developments, believing that the failure of May’s deal and MPs’ rejection of a no-deal exit brings the country a step closer to a second referendum or to stopping Brexit entirely.

May gave them a boost on Wednesday, telling parliament: “We could leave with the deal which this government has negotiated, but subject to a second referendum, but that would risk no Brexit at all.”