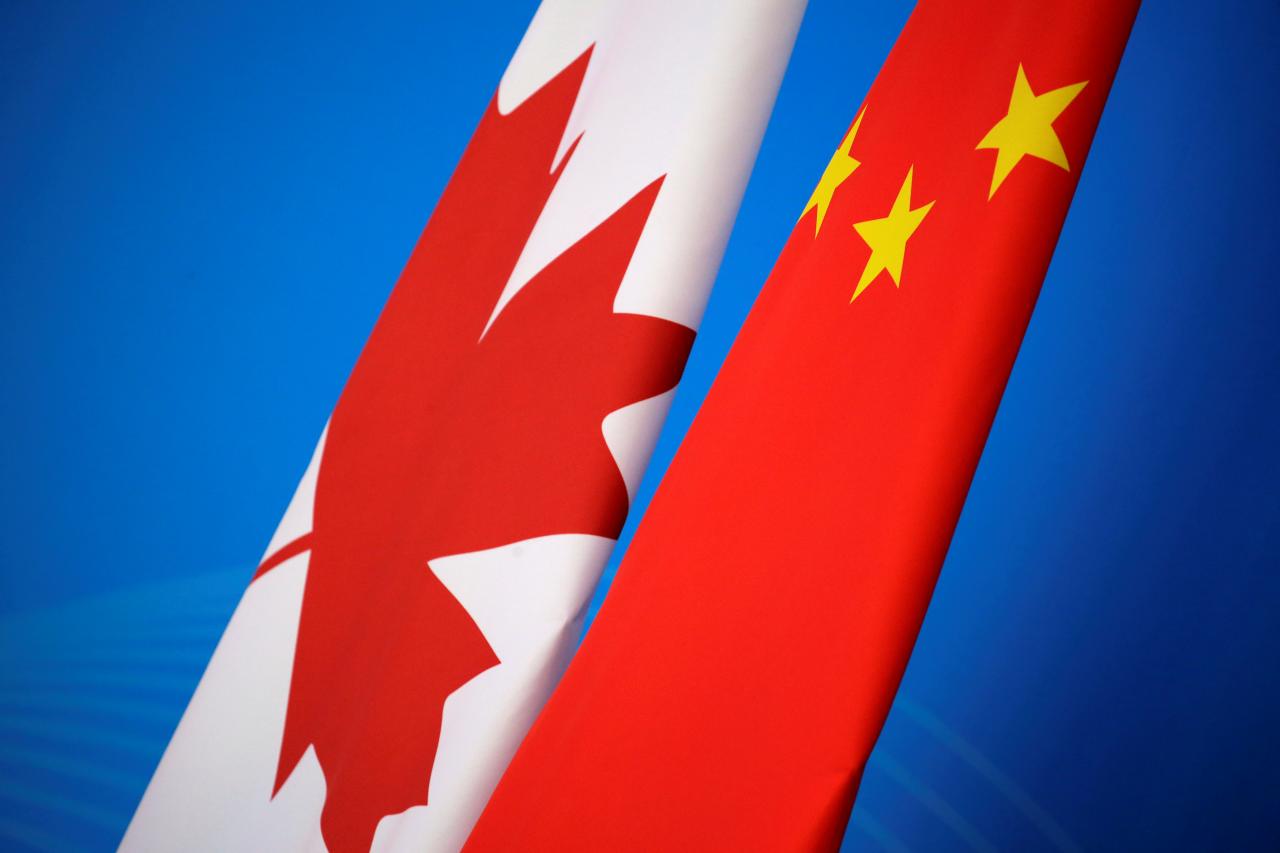 BEIJING (Reuters) – China accused Britain and the European Union of hypocrisy on Monday for expressing concern about China’s detention of two Canadian citizens, saying they had double standards for not mentioning a senior Chinese executive arrested in Canada.

Canadian Foreign Minister Chrystia Freeland said on Saturday Canada will maintain a high-level campaign in the coming days to seek support from allies as it pressures China to free the two detained Canadians, who China says are suspected of endangering state security.

Freeland spoke a day after the United States joined Canada in calling on Beijing to release the pair, who were held after Canadian authorities arrested a senior Chinese executive on a US extradition warrant. Britain and the European Union have also expressed support for Canada.

The two, Michael Kovrig, a former diplomat and an adviser with the International Crisis Group (ICG) think-tank, and businessman Michael Spavor, are suspected of endangering state security so they are “of course” being detained, Hua said.

“We urge relevant countries to earnestly respect China’s judicial sovereignty,” she told a daily news briefing, reiterating their lawful rights have been guaranteed.

The support of Britain and the European Union was “strange”, Hua added.

“What’s this got to do with Britain and the EU? When the Canadians illegally detained a senior executive at a Chinese company at the request of the United States, where were they?” she said.

While Meng has had full access to lawyers and is able to see family, Kovrig is being denied legal representation, is not allowed to see family, and is limited to one consular visit a month, sources familiar with the situation say.

No details have been revealed about Spavor’s detention. Canadian diplomats have seen both men at least once since they were detained.

Canada arrested Meng at the request of the United States, which is engaged in a trade war with China. Meng faces extradition to the United States to face fraud charges which carry a maximum sentence of 30 years jail for each charge.

China has given only vague details of why they have detained the two Canadians, and has not drawn a direct link to Meng’s arrest.

Influential state-backed Chinese tabloid the Global Times said in a Monday editorial that Canada would “pay for its bad behavior”.

“Canada’s attempts to resolve a conflict with China by roping in its allies will never work,” it said.

Canada, US call for 'immediate release' of two Canadians held by China