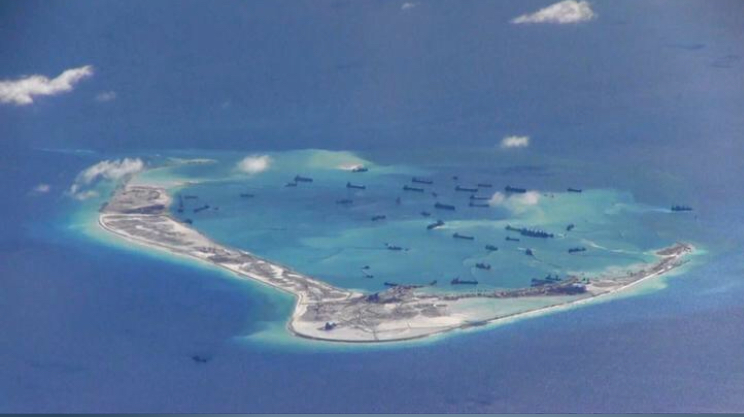 China’s air force has landed bombers on islands and reefs in the South China Sea as part of a training exercise in the disputed region, it said in a statement.

“A division of the People’s Liberation Army Air Force (PLAAF) recently organized multiple bombers such as the H-6K to conduct take-off and landing training on islands and reefs in the South China Sea in order to improve our ability to ‘reach all territory, conduct strikes at any time and strike in all directions’,” it said in the statement issued on Friday.

It said the pilot of the H-6K bomber conducted assault training on a designated sea target and then carried out take-offs and landings at an airport in the area, describing the exercise as preparation for “the West Pacific and the battle for the South China Sea”.

The notice, published on the PLAAF’s Weibo microblogging account, did not provide the precise location of the exercise.

The United States has dispatched warships to disputed areas of the South China Sea in a bid to challenge China’s extensive sovereignty claims in the territory, which is subject to various claims by China, Vietnam, the Philippines, Taiwan, Brunei and Malaysia.

“We have seen these same reports and China’s continued militarization of disputed features in the South China Sea only serves to raise tensions and destabilize the region.”

China denies it has offered a $200 billion package to slash U.S. trade gap