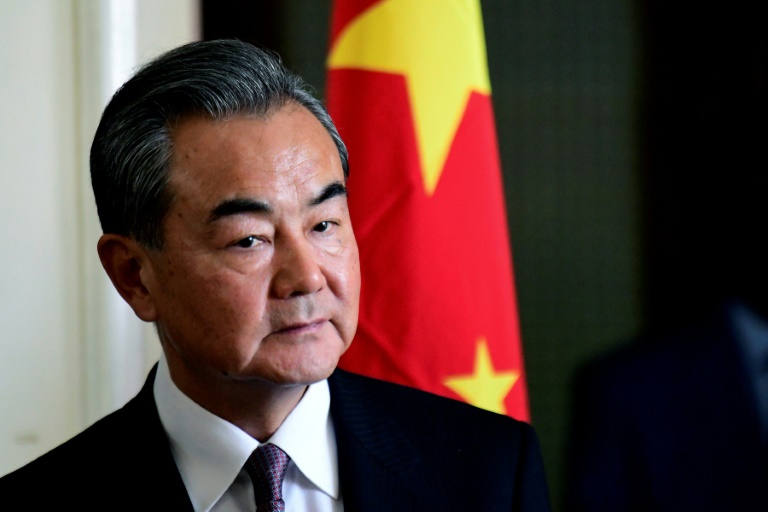 China threw its weight behind Huawei’s legal battle against the United States on Friday, saying the telecom giant will not be a “silent lamb to the slaughter” and vowing to defend the rights of Chinese companies.

Foreign Minister Wang Yi voiced Beijing’s support as Huawei mounts a legal and public relations campaign to counter US warnings that the company’s networks and equipment could serve as Trojan horses for Chinese intelligence services.

US prosecutors have also charged the company and its chief financial officer, Meng Wanzhou, over allegations of violating Iran sanctions.

“It’s quite obvious to any fair and unbiased person that the recent action against a particular company and Chinese individual is not just a pure judicial case but deliberate political suppression,” Wang said at a news conference on the sidelines of China’s annual parliament session.

“We have already and will continue to take all necessary steps, and resolutely safeguard the legitimate rights and interests of Chinese companies and citizens,” Wang said, without explaining what kind of measures Beijing would take.

Huawei announced on Thursday that it had filed a lawsuit in the US state of Texas to seek the reversal of legislation that prevents American federal agencies from buying its equipment and services.

Wang said China supports the company’s use of the “weapon of law to safeguard” its rights and not become a “silent lamb to the slaughter”.

The US ambassador to Beijing said Friday the move “sounds like retaliation” and a “little bit like” China’s detention of two Canadians following Meng’s arrest in December.

“In my mind, I don’t think that’s a very smart strategy,” ambassador Terry Branstad told Bloomberg TV in an interview.

“This lawsuit is a brand new deal so I don’t know the details on that, but it just seems kind of bizarre,” Branstad said.

Meng was arrested in Canada in December at the behest of the United States and this week a court set a May 8 date to start her extradition hearings.

Since her arrest, a former Canadian diplomat and a businessman have been detained in China, and the 15-year prison term of a third Canadian held on drug trafficking charges was switched to a death sentence.

Washington has warned that Huawei systems could be manipulated by Beijing to spy on other countries and disrupt critical communications, and is urging nations to shun the company in 5G networks.

Huawei is expected to play a key role in the coming rollout of ultra-fast 5G networks that will allow wide adoption of next-generation technologies like artificial intelligence.

The firm has responded to the pressure with an aggressive PR campaign in recent months, with its reclusive founder and Meng’s father, Ren Zhengfei, denying the claims in several foreign media interviews.

At a press conference announcing the lawsuit on Thursday, Huawei officials said the company had never received any request from Beijing to install security “backdoors” in its equipment or to gather intelligence.

Chief legal officer Song Liuping acknowledged that Chinese laws may require Huawei to heed government requests for assistance but said it would only do so in matters such as terrorism or criminal activity.

Huawei’s lawsuit targets an “unconstitutional exercise of executive and/or judicial power” that deprived it of a “fair hearing” to rebut allegations against it.

It also says the National Defense Authorization Act violates a bill of attainder clause by “singling out Huawei for punishment”.

While it has taken its case to court in the United States, Huawei has no immediate plans to mount a legal challenge in Australia, where its equipment has been barred from the country’s 5G network.

“Whilst we have our differences with the federal government, we would still rather work cooperatively,” a company spokesman told AFP.

“A legal challenge is not a priority at this moment.”

Canada launches extradition of top Chinese executive to US

US, China resume trade talks with a chill in the air