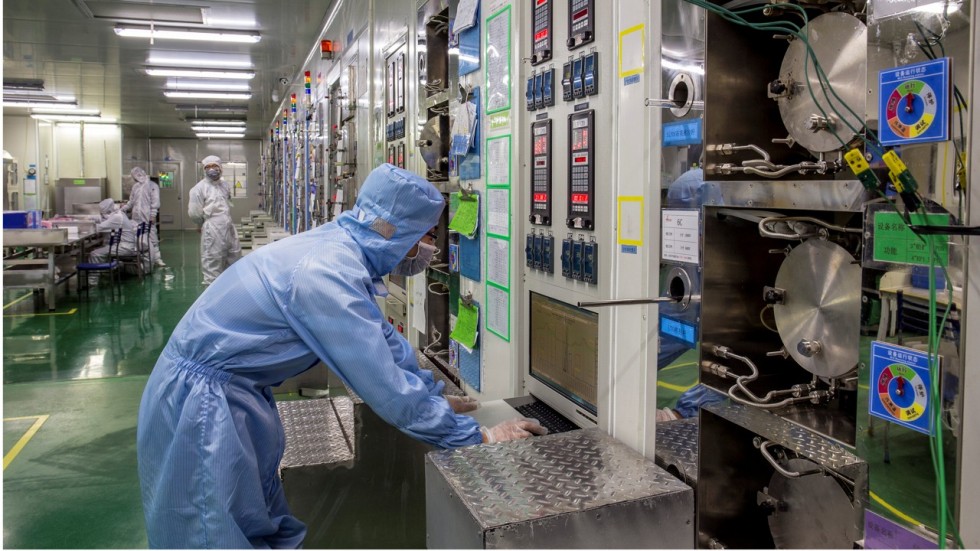 China’s state-backed semiconductor fund is near to closing a 120 billion yuan ($18.98 billion) investment round for a second fund to support the domestic chip sector and help cut reliance on imports amid a bruising trade standoff with the United States.

The National Integrated Circuitry Investment Fund, also known as the “Big Fund”, is close to announcing the establishment of a new fund that will focus on boosting local chip production and technologies, according to three people with knowledge of the plans.

Reuters reported this month that Chinese officials were planning to accelerate the development of the domestic chip market, spooked by trade tensions and U.S. sanctions on ZTE Corp (000063.SZ)(0763.HK), a local telecoms equipment firm, that has underscored China’s heavy reliance on imported chips.

China’s industry ministry on Wednesday said the fund was raising its second investment round and that it welcomed foreign institutions to take part, without giving details.

The fund, which raised around $22 billion in its first outing, has been a target for U.S. politicians concerned that Chinese firms could challenge chip giants in the United States like Qualcomm Corp (QCOM.O), a big supplier to Chinese firms.

China is still heavily reliant on imported chips, however, despite making the sector a priority under a push by President Xi Jinping to boost China’s own high-tech sectors, from robotics to electric cars.

That reliance became apparent after the United States slapped a 7-year ban this month on sales of products – including chips – to ZTE, which Washington said had violated an agreement reached after it was caught illegally shipping goods to Iran.

ZTE, which uses chips from Qualcomm in many of its phones, has said the ban could threaten its survival.

The second fund had been in the pipeline since before recent trade issues and the ZTE case, the people said, but added that Beijing now plans to invest more in the sector overall because of the rising trade tensions.

All three asked not to be named due to the sensitivity of the matter. The Ministry of Industry and Information Technology and the National Integrated Circuitry Investment Fund did not immediately respond to requests for comment.

CDB Capital Corp will be the main manager for both the first and second funds, and will invest in the new round, according to one of the people with direct knowledge. Potential investors in the second fund include local government-backed funds and state-owned enterprises, the person said.

Calls to CDB Capital, the investment arm of China Development Bank, went unanswered on Thursday. The firm did not immediately respond to emailed requests for comment.

China is hoping to develop local chip technology following the blocking of several high-profile deals for foreign chip firms in the United States and Europe over national security concerns.

Some earlier estimates have said the second semiconductor fund would raise between 150-200 billion yuan. The sources said this was off the mark and that people were often prone to overestimating the size of the fund to “make it sound scary”.

The United States Trade Representative referenced China’s semiconductor roadmap, which includes national funding, in a report that authorized U.S. President Donald Trump to levy up to $100 billion in tariffs against China.