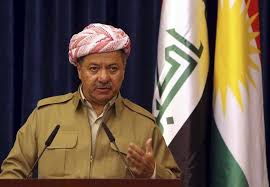 Military relations between China and the United States are a positive force in ties, and China wants to deepen mutual trust and cooperation, China’s Defense Ministry said on Thursday ahead of a visit to Beijing by US President Donald Trump.

Both countries have worked hard to improve interaction between their militaries to avoid any miscalculations in areas like the South China Sea where both regularly fly military aircraft and sail warships.

But there is deep mistrust, with Beijing having been angered by what it views as provocative US military flights and naval patrols in the disputed East China Sea and South China Sea, and suspicious of close US defense ties with South Korea, Japan, Taiwan and increasingly India.

US Secretary of State Rex Tillerson said last week that Washington saw room to invite others, including Australia, to join US-India-Japan security cooperation, something Beijing has opposed as an attempt by democracies to gang up on it.

Speaking at a monthly news briefing, Chinese Defense Ministry spokesman Ren Guoqiang said it was happy to see positive developments in military relations with the United States that both countries leaders attached importance to.

“Looking to the future, we are willing to work with the US side to respect each other, deepen mutual trust, focus on practical exchanges and cooperation and appropriately manage and control disputes, to continue injecting positive energy in the development of ties,” Ren added.