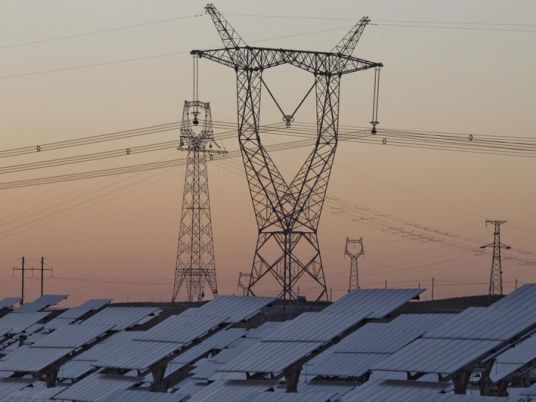 Towering walls of concrete entomb lush forests on mountainsides in southwest China as workers toil on the dry riverbed below to build the country’s latest mega-dam.

The colossal construction site in Sichuan province swallows three rivers, providing another display of China’s engineering prowess but also of the trauma it inflicts on people and nature along the way.

Once completed in 2023, the 295-metre behemoth will be the world’s third tallest dam, producing 3,000 megawatts of energy.

But for the communities around the massive project — some as far as 100 kilometers upstream — the Lianghekou dam will drown ancestral homes, revered Buddhist monasteries, fertile crops and sacred mountains.

Beijing is building hydropower at a breakneck pace in ethnically Tibetan regions as part of an ambitious undertaking to reduce the country’s dependence on coal and cut emissions that have made it the world’s top polluter.

China had just two dams in 1949, but now boasts some 22,000 — nearly half the world total — in all but one of the country’s major waterways.

Mountains and rivers are revered as sacred in Tibetan Buddhism, and the extensive construction, which began in 2014, has alarmed locals who believe they can only live peacefully if the nature around them is protected.

“Last year, people said that a big forest fire happened because they blasted a road into the holy mountain, and it took revenge,” said villager Tashi Yungdrung, a farmer with red thread wound through her thick braid who tends a small herd of yaks in the pastures above her stone, square-windowed home.

Most would not dare remove so much as a single stone from the mountain Palshab Drakar, an important pilgrimage site, she said.

Villagers are bracing for mass relocations, an experience that has previously caused havoc elsewhere in China.

Beginning in the 1990s, more than a million were moved for the Three Gorges Dam, the world’s largest in terms of capacity, with thousands still mired in poverty.

Plans posted at the Lianghekou construction site showed that 22 power plants will be built along the Yalong, a Yangtze tributary, collectively capable of generating 30 gigawatts of electricity — a fifth of China’s current total installed hydropower capacity.

Li Zhaolong, a Tibetan from Zhaba village, said he received 300,000 yuan ($44,000) in government compensation to build a new home on higher ground, where he will move next year.

But the 28,000 yuan moving fee his family received per person will not last long once their crops are submerged and they have no other sources of income.

“Before we were farmers, and now we have no land,” said Li.

“We can’t move to a township, because we are uneducated and there will be no way to make a living there.”

Some 6,000 people across four counties will be relocated, according to a state-affiliated energy website.

Five monasteries have been or will be rebuilt on higher ground, but their spiritual importance will be diminished as the communities they serve are displaced, a lama named Lobsang said.

“The government is very big, and the valley is very small. So much is lost, but we cannot resist or fight,” he said. “When you say something and try to protect your place, the government gives you another name: separatist.”

Some 80 percent of China’s hydropower potential lies along the high-flow, glacier-fed rivers of the Tibetan plateau, but dams there bring minimal local benefits because most of the power goes to smog-choked cities in the east, according to the non-governmental organisation International Rivers.

Construction worker Zeng Qingtao said the state-owned Power Construction Corporation had brought in some 10,000 employees, but none are locals.

“We can’t hire Tibetans. They aren’t reasonable,” he said.

The Hubei native lives in Zhaba, a hamlet whose unique matrilineal customs are disappearing as residents scatter.

Some experts question whether hydropower can cut coal dependence, as its low efficiency can spur the development of backup coal plants that operate during dry spells.

Engineers and environmentalists also worry that Sichuan, which will receive a third of China’s planned hydropower investment by 2020, is a hotbed of seismic activity that could damage hydropower stations.

Geologists believe the water pressure exerted by dam reservoirs can trigger earthquakes, which some suspect happened in the 2008 Wenchuan quake that claimed 87,000 lives, a few hundred kilometres from Lianghekou.

But once in motion, projects are nearly impossible to stop.

“Whether a project creates actual benefits or profit once it’s built is not a concern of current government officials,” Fan said.