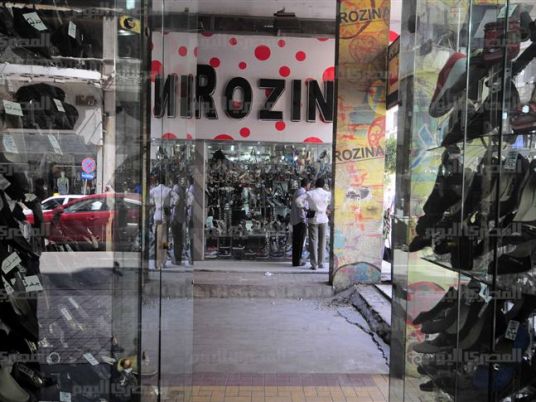 Struck with workforce shortages and overwhelmed by cheaper imports, Egypt’s local shoe-making industry is suffering, unable to tap into the seasonal shopping period.
The local leather shoe market has faced serious challenges, with Chinese imports offering products that are considerably cheaper, while local raw materials are exported abroad. With the young workforce less and less interested in handcrafts, and small industries desperate for development strategies, Egypt’s shoemaking business is in danger of extinction.
Several shoe-making businesses have either closed down or decided to import and assemble products using Chinese materials, apparently bowing to the expanding imports market. That is the current situation as the new school year approaches, coinciding with the Islamic Eid al-Adha feast, both lucrative seasons the local shoe market has failed to take advantage of.
While some traders attribute the recession to general price hikes, others link it to the Egyptian product itself, arguing that customers tend to opt for the more varied Chinese imports, as the Egyptian shoe-making industry, crippled by workforce scarcity, does not fulfill the market demand.
"The market is in recess, not only due to the current economic crisis, but also because the products offered are insufficient,” said Magdy al-Sayyed, who runs a leather products store. Al-Sayyed noted that despite the high quality of the Egyptian product, customers opt for the Chinese imports, encouraged by its cheaper price.
Men's leather shoes are the only local products that are undefeated by the Chinese equivalent, according to al-Sayyed.
Tarek Abdel-Rahman, an owner of a shoe-making shop in Cairo’s Bab al-Shaariya, said producers traditionally prepare for school year sales right after the holy month of Ramadan. “This year, however, demand for Egyptian shoes fell against an invasion of imports,” he said. “I currently have three workers, but I used to have 20. We now manufacture 50 pairs of shoes a week, down from 100 per day.”
Egypt’s leather industry division at the Federation of Egyptian Industries also admits that the industry has weakened due to Chinese imports. Gamal al-Samalouty, head of the division, predicts that the coming season will witness a recession in local production. The federation, according to Samalouty, had requested the Customs Authority charge custom duties worth US$5 per imported shoe, which, he said, is the world rate, before pressures and protests by importers succeeded in reducing the rate to merely US$1.5.
“The Egyptian product enjoys a high quality, yet its design has remained unchanged for years and that’s the manufacturer’s problem,” Samalouty explained, also pointing out the diversity in Chinese designs. “However, the cost for Egyptian production is higher than the import since most of the materials used are imported.”
According to Samalouty, the average price for a locally-made pair is LE50-LE200, with manufacturers bearing LE35 in production costs and taxes. Meanwhile, an imported pair sells for an average of LE70.
He urged officials to set regulations that ensure competitiveness with the local product, pointing out that the diversity in customs rates at seaports across the country results in the dumping of products into the market that are cheap enough to damage the local industry.
Egypt’s imports of men's, women's and children's shoes from China reached 122 million pairs in 2014, up from 114 million the previous year.
Edited translation from Al-Masry Al-Youm