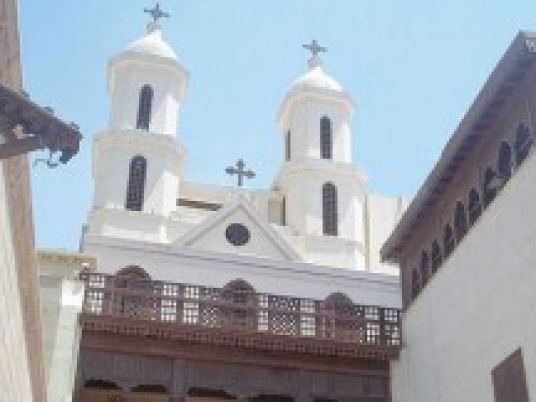 Egypt’s Ministry of Tourism and Antiquities announced that a number of sites, churches and monasteries along the path following the Holy Family’s journey in Egypt have been restored and opened to visitors, amid ongoing efforts to boost cultural and religious tourism in the country.

Tourism and Antiquities Minister Khaled al-Anani added that Old Cairo’s “Hanging Church” was reopened after the completion of restoration work, as well as the Church of the Virgin Mary in Samanoud. The Church of the Martyrs Sergius and Bacchus has also been restored and opened to the public. Also known as Abu Serga, the church was constructed over a cavern where the Holy Family was rumored to have rested after fleeing from King Herod to Egypt.

Parts of the four monasteries in Wadi al-Natrun have been restored as well, according to Anani, who added that the Ministry is currently working on the reconstruction of the Virgin Mary Church in Gabal al-Tayr (mountain of the birds) area in Minya and further development of the site of the Virgin Mary’s Tree in Matariya district.

The Ministry also plans to issue an information catalog in both Arabic and English to document the historical journey of the Holy Family in Egypt and important sites along their path.

Anani extended Christmas greetings to Egyptian Christians during visits to various sites along the Holy Family path to check up on services and ongoing development projects, including Mary’s Tree, the Hanging Church, the Abu Serga Church and the Virgin Mary Church in Maadi.

Tourism expert Sabri Yani, who also serves as a member of the General Assembly of the Chamber of Tourism Establishments, said that Egypt has still not managed to secure its fair share of the religious and cultural tourism industry, especially given the number of archaeological and religious sites in the country.

He argued that the development of infrastructure projects and restoration work along the Holy Family’s path across Egypt would help to revive cultural and spiritual tourism in the country.

Spiritual or religious tourism accounts for about 4 million tourists worldwide, according to Yani.

The route taken by the Holy Family in Egypt, which marks stopping points during their flight from Palestine, extends from Rafah in North Sinai and goes through the northeast through the Delta region, moving next to Cairo.

The path following the Holy Family’s voyage is set to run through Beheira, Sharqia, Kafr el-Sheikh, Minya, Assiut, Gharbia and North Sinai, and the trek represents the world’s longest pilgrimage in a single country.