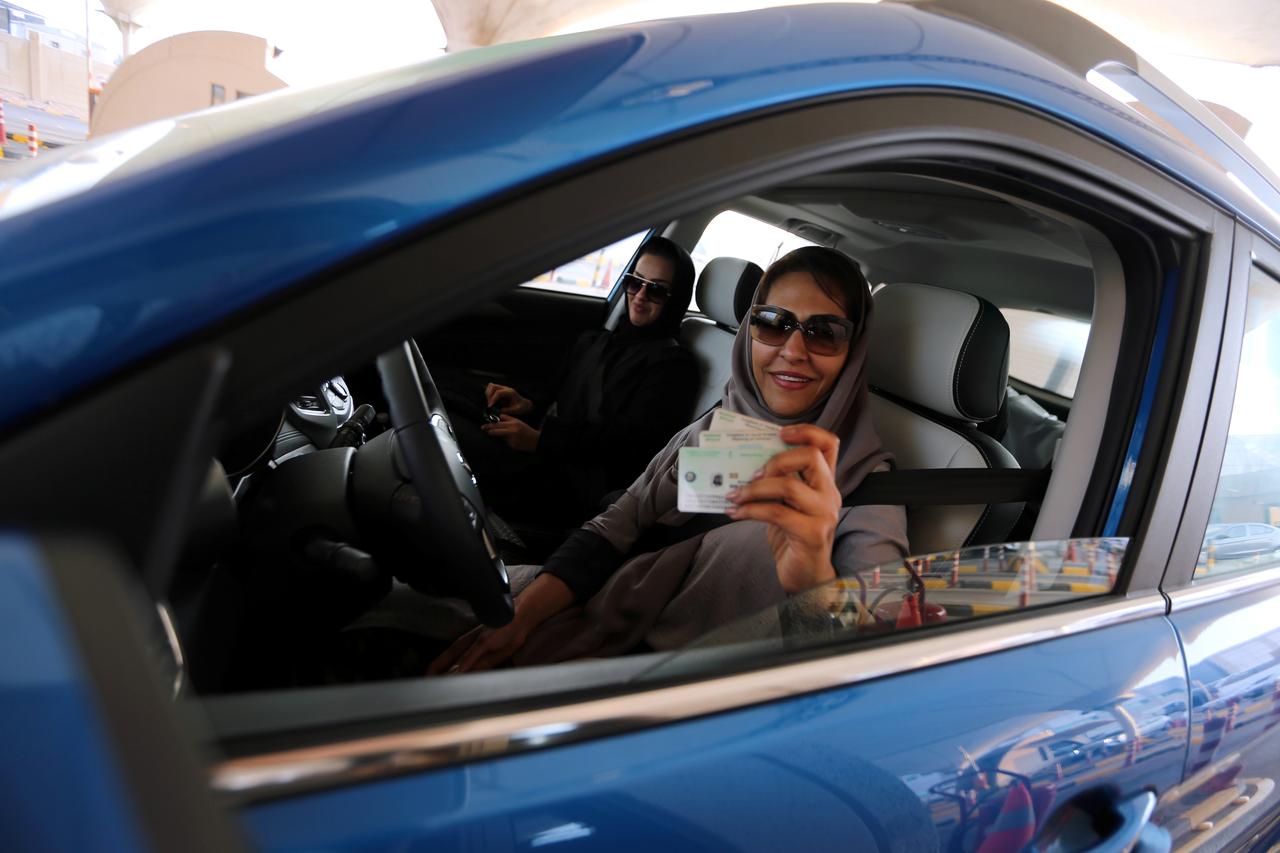 RIYADH (Reuters) – Saudi Arabia’s international airports are the scene of the latest “first” for women citizens, who can now leave the country without permission from a male relative as the kingdom chips away at its heavily criticized guardianship system.

Salma, a 40-year-old mother of three, travels abroad regularly with authorization from her legal guardian – formerly her then-husband and now her father. But those rules were canceled this month, so when she went to Riyadh airport on Thursday, she crossed passport control on her own authority.

Saudi Arabia has long endured Western censure over guardianship, which assigns each woman a male relative – a father, brother, husband or son – whose approval is needed for various big decisions throughout a woman’s life.

While some significant controls remain, the authorities have steadily tweaked regulations as they try to open up society under a broad reform agenda led by de facto ruler Crown Prince Mohammed bin Salman.

The latest changes mean women over 21 can now get a passport and go abroad without permission. They also allow women to register child birth, marriage or divorce, be issued official family documents and be a guardian to children who are minors.

More than 1,000 women in the kingdom’s Eastern Province have already traveled abroad under the new rules, the local newspaper Al Yaum reported on Tuesday.

So far, though, implementation has been uneven.

Women complained on Twitter that they were still blocked from ordering passports through the government’s online portal, called Absher. Local media said they would need to apply in person until the electronic system was activated.

Human Rights Watch called the new regulations a long-awaited victory and urged the authorities to ensure male guardians cannot use court orders to sidestep them.

“These combined changes are among the most sweeping reforms of women’s rights that Saudi Arabia has made and the first significant break with the country’s male guardianship system…” said senior women’s rights researcher Rothna Begum.

“Now the Saudi authorities should uproot all remaining discrimination against women in both law and practice.”

The freedom to travel abroad follows last year’s lifting of a ban on women driving cars, which was widely celebrated at home and praised abroad.

At the same time, Saudi Arabia has faced fierce criticism for detaining around a dozen women’s rights activists who had called for reforms, especially after last year’s murder of journalist Jamal Khashoggi inside the kingdom’s Istanbul consulate.

Several high-profile cases this year of women fleeing abroad from what they said were abusive families brought more negative attention to the guardianship system.

Guardianship’s status between law and custom makes it a thorny issue for the crown prince, who indicated last year he favored ending the system but stopped short of endorsing its annulment.

Saudi researcher Eman Hussein said the state had been reluctant to dismantle certain parts of the system to avoid provoking unrest from conservatives who have relied on it to impose law and order inside their families.

“The steps taken so far are crucial milestones for the advancement of women’s rights in the country,” she wrote this month on the Arab Gulf States Institute in Washington website.

“All of these laws show the Saudi leadership’s efforts to strike a balance between opening up the country and preserving some traditional values by differentiating between customs, Islamic laws, and gender rights.”