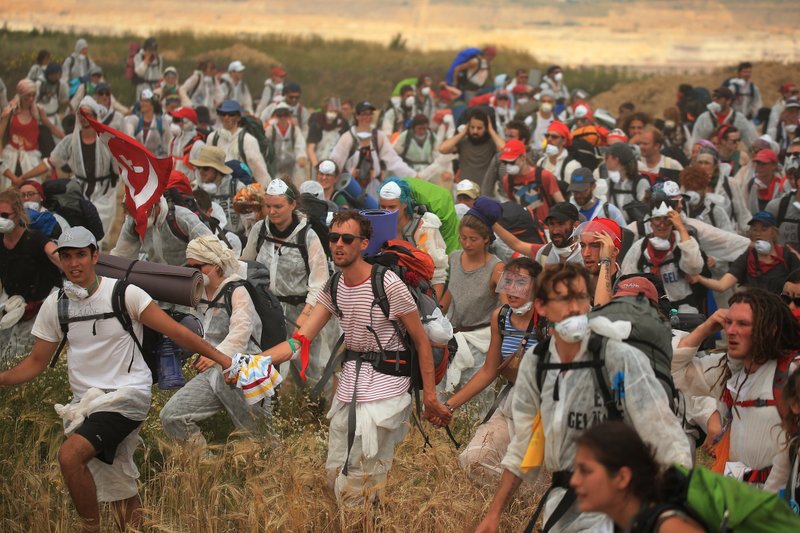 BERLIN (AP) — Hundreds of climate activists are keeping up their protest inside one of Germany’s biggest open-pit mines despite police orders to leave the place immediately, citing life-threatening danger.

Authorities pulled out some of the protesters from the Garzweiler lignite coal mine in western Germany on Sunday, the third day of protests in the Rhineland region since Friday, when 40,000 students rallied for more action against climate change in the nearby city of Aachen.

Other protesters blocked railroad tracks used to transport coal, a day after thousands of demonstrators marched peacefully near the mine.

Protesters and police inside the mine accused each other of hostile behavior and injuries, but no one gave any figures.

The protests come after European Union leaders failed last week to agree on how to make the EU carbon neutral by 2050.

Image: Numerous environmental activists walk to the site of the Garzweiler open-cast mine in Garzweiler, Germany, Saturday, June 22, 2019. The protests for more climate protection in the Rhineland continue. ( David Young/dpa via AP)

What is the role of business in tackling the climate crisis?