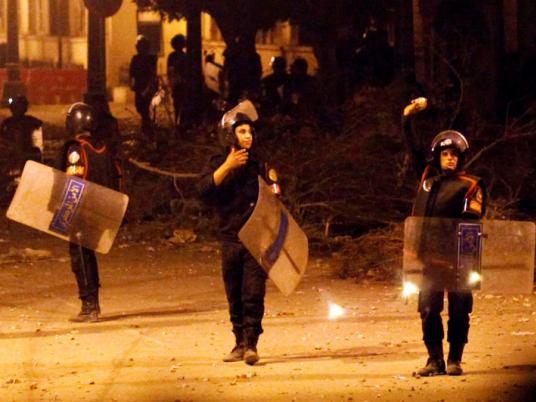 Two Coptic activist movements have called for demonstrations Friday to condemn violence committed by security services during the ongoing clashes with protesters on Mohamed Mahmoud Street near the Interior Ministry.

The Health Ministry said Wednesday that 104 have been injured since Monday in clashes between security forces and protesters, which broke out Monday following a rally commemorating the first anniversary last year’s clashes in the same location. The 2011 violence, which began after security forces violently dispersed a sit-in in Tahrir Square, left more than 40 people dead.

The Maspero Youth Union and the Early Sectarian Warning groups invited Egyptians to attend the protest after Friday prayers, which would begin with a march from Shubra to Tahrir Square.

“We will not be calm until we achieve retribution for the martyrs and see the post-revolution Egypt we dream of,” said Andrews Oweida, coordinator for the Maspero Youth Union.

Oweida blamed the current violence on the Muslim Brotherhood. “The Brotherhood forsook protesters in 2011 and focused its attention on [parliamentary] elections.”

John Talaat, coordinator of the Early Sectarian Warning, demanded the removal of the current government, accusing it of causing “the killing of innocent Egyptians.” He demanded the prosecution of Interior Minister Ahmed Gamal Eddin, the dissolution of the Constituent Assembly, and that the Interior Ministry be purged of corrupt officials.