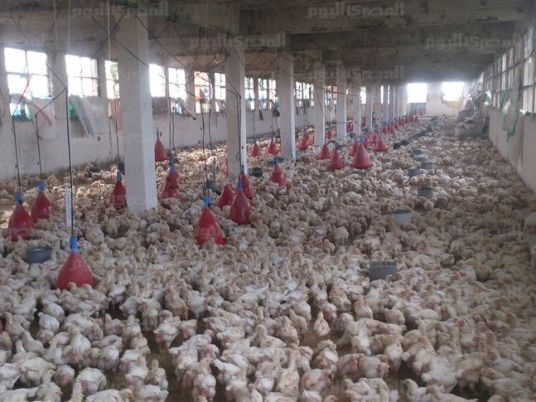 The prices of poultry, meat and rabbits have witnessed high increases across the country, that people have described as ‘crazy’.

In Luxor, Ahmed Saber, a merchant, said prices of poultry jumped high during the past period of time due to the increase in prices of fodder, workforce and fuel used for heating the chicken coops. One kilo of chicken has now reached LE33.

In Alexandria, both citizens and merchants complained about the price hikes and absence of control on markets, that are now seeing a state of recession because of the price hikes.

One kilo of rabbit has reached around LE40. He blamed the high prices on the lack of control on the markets.

In Menoufia, Farag Metwally, owner of a poultry store, said “People now want to buy the small chicken, which is no more than 1.5 kilogram. We spend on the bigger chickens daily, but we don’t get profits due to the high fodder prices."

In Qena, the supply of poultry has decreased as farms, especially small ones, stopped sending stocks to the stores, due to the high prices of fodder and veterinary medicines.

The store owners blamed the increase on the US dollar surge, as well as the soaring prices of fodder, as one ton has now reached LE7,200, up from LE2,800 last year.