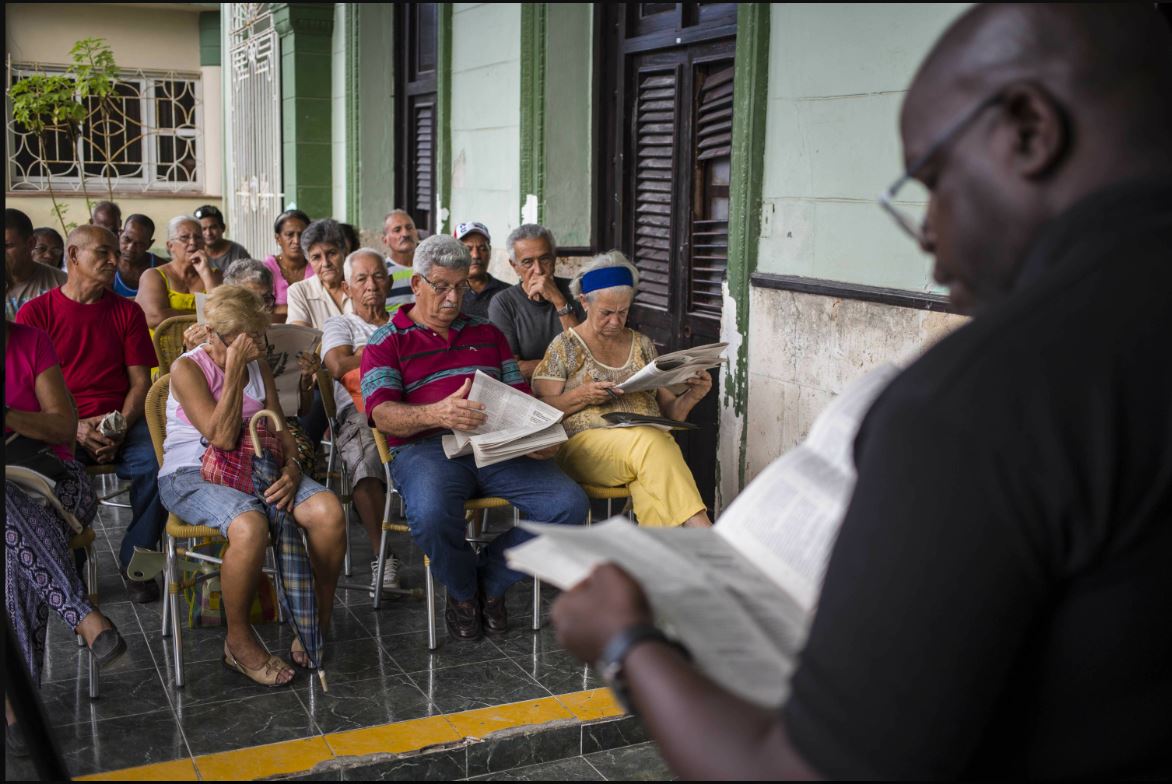 HAVANA (AP) — In a country with no opinion polls, campaigns or independent mass media, a series of meetings on reforming Cuba’s constitution has spawned a highly unusual debate on the island’s political system and values.

At a half-dozen public forums attended by Associated Press journalists this month, Cubans repeatedly called for direct election of the president and other officials. And many objected to a constitutional amendment that would allow gays and lesbians to marry, a project promoted by the highly influential daughter of Communist Party head Raul Castro.

The government convened thousands of block-level meetings over a nearly two-month period of “popular consultation” on a draft of the new constitution already approved by the Communist Party and National Assembly. The single-party government is now supposed to review public comments and incorporate suggestions into a final version before putting it to a popular referendum on Feb. 24.

The extent to which suggestions will be included in the final document presents a test for a government that is at once autocratic, highly opaque and sensitive to shifts in public opinion.

“The president of the country should be elected by direct vote of the population, choosing between various candidates,” Reinaldo Gonzalez said during a meeting in Havana’s relatively prosperous Vedado neighborhood. “We don’t need multiparty democracy, but we should have direct elections.” Like others who spoke at the meetings, he provided his name but no other personal details.

The president of Cuba is now selected by the National Assembly, whose members are themselves chosen by government-controlled commissions. The public then gives them “yes” or “no” votes that rarely dip below 95 percent approval.

The nation’s top post was held for nearly 50 years by Fidel Castro, the leader of Cuba’s 1959 socialist revolution. His brother Raul then held power for a decade before handing the reins to his hand-picked successor, Miguel Diaz-Canel. The current constitution went into effect in 1976.

“There was only one Fidel,” said Onelio Nelson Garcia during a meeting in Havana’s Playa district. He called for future presidents to be chosen through direct election to avoid the ascendance of “satraps or demagogues.”

Vilma de la Rosa said she was concerned that the new constitution would give the Communist Party more power than the National Assembly.

The draft constitution currently under debate contains a series of changes that, while important, appear to fall far short of any sort of sweeping reform. The document creates formal roles for foreign investment and private property that seem to mostly recognize existing changes in Cuba, which has been undergoing halting and limited market reforms over the last decade.

Other changes are focused on the island’s massive bureaucracy, and include items such as creating the new posts of prime minister and provincial governor.

Many Cubans believe the reform is meant to cement the current system in place before the death or retirement of the still-ruling generation of Castro-era revolutionary fighters.

The most controversial amendment is one allowing gay and lesbian marriage. Under Mariela Castro’s leadership of the country’s institute of sexual health and education, Cuba has moved away from longtime persecution of homosexuals to the image of a government that’s progressive on gay rights, particularly as compared with other Caribbean and Latin American nations.

But many Cubans remain deeply wary of increased rights for gays and lesbians.

“Nature says marriage should be between a man and a woman,” said Hilario Brache, who described himself as a devoted revolutionary.

“Anyone following this debate realizes how people overseas underestimate the extent of debate and popular feedback in the Cuban system,” said Arturo Lopez-Levy, a Cuban-born and educated professor of international relations at Gustavus Adolphus College, Minnesota.

The meetings on the constitution take place in government meeting rooms and parks across Cuba. Many participants carry printed cards with the 224 articles of the proposed constitution. After standing for the national anthem, speakers share their opinions while a secretary takes notes to be sent in some form to the constitutional reform commission headed by Raul Castro.

Constitutional lawyer Julio Fernandez Estrada said the consultation process had been overwhelmingly positive, but he was concerned about the extent to which popular feedback would actually be included in the final draft going before the people in February.

US, Cuba to meet on mystery ‘health attacks’ in Havana