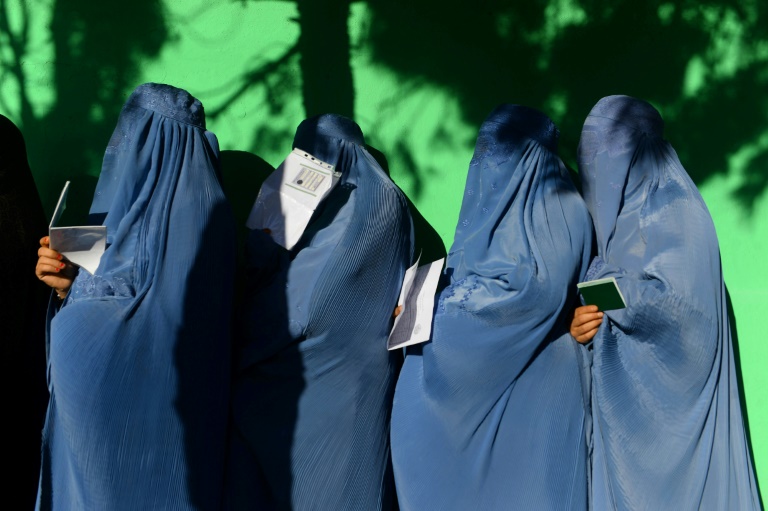 Explosions rocked polling centers across Kabul on Saturday, causing dozens of casualties, as the long-delayed legislative election dissolved into chaos with many voting locations remaining closed due to technical glitches and lack of staff.

At least three people were killed and more than 30 wounded, acting health ministry spokesman Mohibullah Zeer said, hours after the Taliban warned voters to boycott the ballot “to protect their lives”.

The Italian NGO Emergency said 37 people had been taken to its trauma hospital in Kabul, including a dead child.

Despite the threat of militant attacks, voters waited hours for polling centers to open across the war-torn country and many remained closed more than six hours after the election officially began.

After shambolic preparations, missing or incomplete voter registration lists and hiccups with biometric voter verification devices — which are being used for the first time — have caused lengthy delays at polling centers.

Most polling sites opened late after teachers employed to handle the voting process failed to show up on time, said the Independent Election Commission (IEC), which has promised to extend voting by four hours.

Polling centers that do not open before 1:00 pm (0830 GMT) would reopen on Sunday, the IEC told reporters.

“I came here early to finish and go home quickly, but we have been waiting for an hour and they have not started yet,” Mustafa, 42, told AFP outside a mosque in Kabul.

“The queue is getting longer. They have to register our votes quickly — we are afraid a bomber or a blast may hit us.”

After waiting four hours at a polling center, Tabish Forugh tweeted he had not seen “even remotely similar… chaos” at previous elections.

University student Mohammad Alem said he felt “frustrated” after spending more than three hours trying to vote in the northern city of Mazar-i-Sharif, only to discover his name was not on the registration list.

“There also were some problems with the biometric devices because they were already running out of charge,” he said.

Almost nine million people have registered to vote in the parliamentary election, which is more than three years late, but attacks across the country on Saturday are likely to deter many from turning out.

Hundreds of people were killed or wounded in the months leading up to the poll. The killing of a powerful police chief in the southern province of Kandahar on Thursday further eroded confidence in the ability of security forces to protect polling locations.

Voting in Kandahar has been delayed by a week following the attack.

As voting got under way Saturday, three rockets were fired into the northern city of Kunduz, a police spokesman said. No casualties were reported.

There also was a rocket attack near a polling station in the western province of Herat that a police spokesman said wounded a child, as well as numerous explosions elsewhere.

Despite the risks, President Ashraf Ghani urged “every Aghan, young and old, women and men” to exercise their right to vote, after casting his ballot in Kabul.

Photos posted on social media showed scores of men and women clutching their identification documents purportedly lining up outside voting centers across the country amid a heavy security presence.

A woman dressed in a burqa leaving a polling center in Mazar-i-Sharif told AFP she had been worried about “security incidents”, but decided to vote anyway.

“We have to defy the violence,” Hafiza, 57, said. “In previous years we were not happy with the elections, our votes were sold out.”

The IEC, which has been skewered over the chaotic lead-up to the ballot, on Friday urged Afghans to “vote only once” and called on others not to interfere in the process.

The Taliban issued several warnings in the days leading up to the poll, calling on candidates to withdraw from the race and for voters to stay home.

At least 10 candidates out of more than 2,500 contesting the lower-house election have been killed.

Most of those standing are political novices, and include doctors, mullahs and journalists. Those with the deepest pockets are expected to win.

The United Nations Assistance Mission in Afghanistan, which has spearheaded international efforts to keep Afghan organizers on track, on Friday called on voters to “exercise their constitutional right to vote”.

The poll is seen as a crucial test for next year’s presidential election and an important milestone ahead of a UN meeting in Geneva in November where Afghanistan is under pressure to show progress on “democratic processes”.

But there are concerns the results could be thrown into turmoil if the biometric verification devices are broken, lost or destroyed.

Votes cast without the controversial machines will not be counted, the IEC has said.

Afghanistan in shock after death of powerful police commander

A look at Afghanistan’s parliamentary elections on Saturday

Who would want to be an Afghan MP?