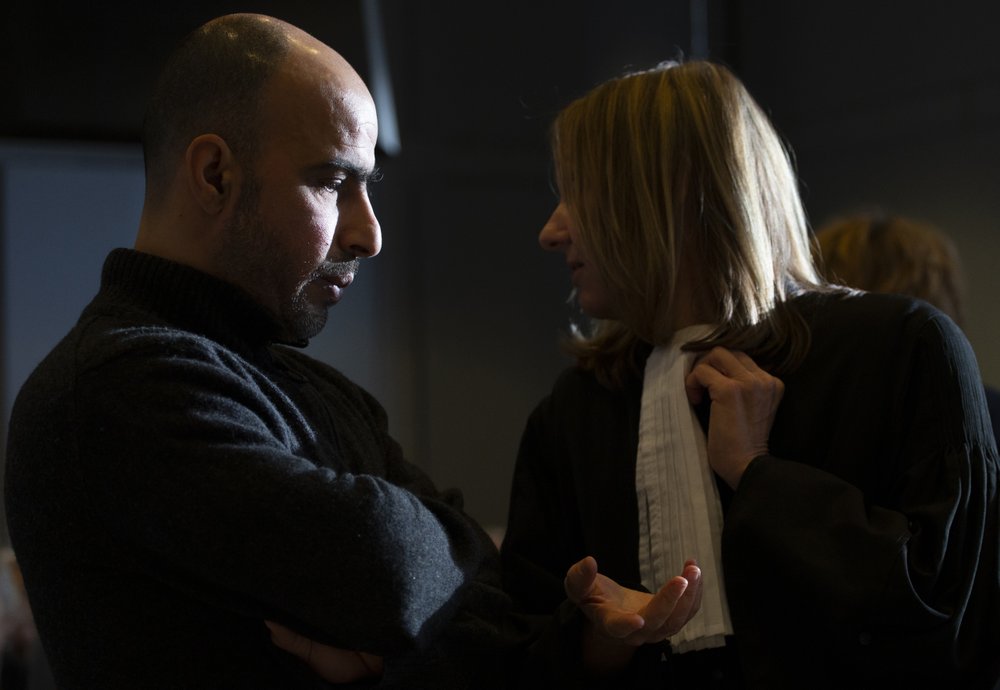 THE HAGUE, Netherlands (AP) — A Dutch court threw out a civil case Wednesday brought by a Dutch-Palestinian man seeking damages from two former Israeli military commanders for their roles in a 2014 airstrike on a Gaza house that killed six members of his family.

Zeyada was attempting to sue Gantz, who is now a prominent Israeli politician, and former Israeli air force commander Amir Eshel. Neither Gantz nor Eshel was in court for the decision.

Zeyada, who lives in the Netherlands, brought the case in The Hague because he argued he can’t successfully hold Israeli military leaders accountable in Israeli courts.

But presiding judge Larisa Alwin said the court can’t hear the case because the commanders “enjoy functional immunity from jurisdiction” as their actions were part of a state-sanctioned military operation.

Zeyada said he and his lawyers would study the ruling with a view to appealing.

“I owe it to all the Palestinians who have suffered and continue to suffer the same fate, to continue this struggle to achieve what is denied to them: Access to independent justice and accountability for the unspeakable crimes committed against them,” he told reporters outside the courtroom.

The court agreed with the arguments of Dutch lawyers representing the men who said last year they should reject the case for lack of jurisdiction because the commanders have immunity because their actions in the 2014 Gaza conflict were part of an Israeli military operation and that Zeyada was free to sue them in Israel.

At hearings last year, Zeyada rejected the idea that he has access to justice in Israel as “farcical as well as vicious.”

Israel’s Justice Ministry had asked the court to dismiss the allegations, saying that an internal Israeli military investigation determined the airstrike had killed four militants hiding in the house. It said the attack was permissible under international law, and argued the Dutch court doesn’t have jurisdiction. Gaza’s Hamas rulers themselves have said that two militants were in the building.

At a hearing last year, Zeyada detailed his loss to the judges.

“My mother, Muftia Zeyada, who was 70 years old at the time of her death. My eldest brother Jamil and his precious wife Bayan. Their 12-year-old son Shaban. My two other brothers, Youssef and Omar,” he told judges.

Image: Dutch-Palestinian man Ismail Zeyada, originally from the Gaza Strip, left, listens to his lawyer Liesbeth Zegveld after The Hague District Court, Netherlands, Wednesday, Jan. 29, 2020, threw out the case in which Zeyada sought to sue Benny Gantz, former Chief of Staff of the Israel Defense Forces, and another Israeli military commander over their roles in an air strike that killed six members of his family. (AP Photo/Peter Dejong)

Israel headed for clash with ICC over West Bank settlements