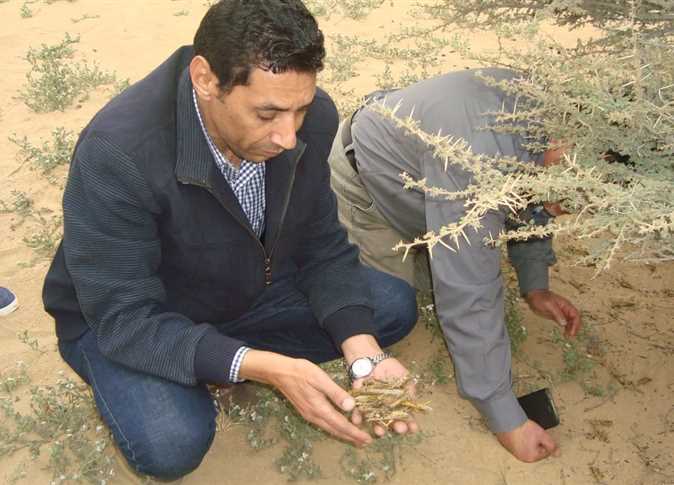 Egypt’s Ministry of Agriculture has announced maximum alert to confront desert locusts swarms on the Egyptian-Sudanese border, especially after the rains and floods in southeastern Egypt, Eritrea and northeastern Sudan.

Extreme weather events, such as heavy rainfall, can trigger massive growth in locusts. Rain provides wet soil to develop locust eggs, and helps grow plants that provide food and shelter for the locusts.

Sebaay said that the current winter breeding season of the desert locust (2018/2019) has seen developments in the environmental conditions associated with locust breeding,with breeding conditions improving significantly since the beginning of November.

The technical committees in 55 locust control bases in various governorates intensified efforts to monitor the locust situation on the Egyptian border, especially after the outbreak of desert locusts in neighboring countries, especially in Saudi Arabia, Sudan and Eritrea.

Control activities in these areas aims at preventing locust access to agricultural land in the delta and the Nile valley.

Solitary locusts recently appeared in Egypt and increased only marginally over the previous months. This resulted in a few low density clusters that were successfully controlled.

On January 29, survey and exploration committees identified a number of sexually mature desert locusts mating and laying eggs in an area of 900 hectares southeast of Abu Ramad, directly on the coast, about 35 kilometers from the Sudanese border, which have been eliminated immediately, the report said.

On February 10, another swarm was found and eliminated in the Halayeb area.