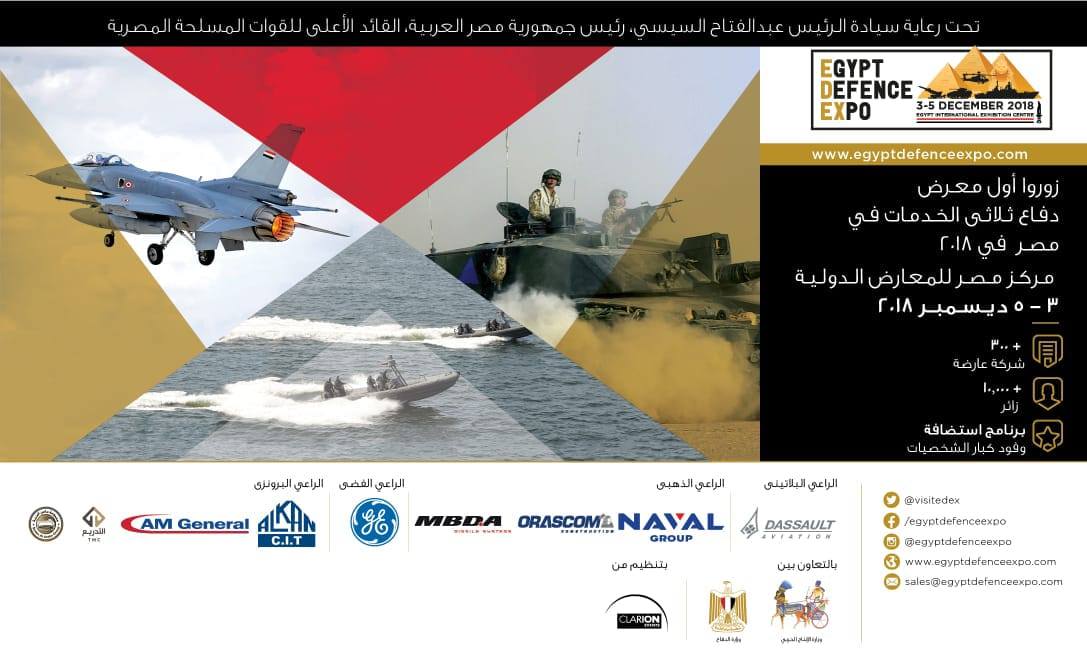 The Egyptian Armed Forces announced on Sunday that the country will organize its first international exhibition of defense and military industries titled “EDEX 2018”, running from 3 to 5 December at Egypt International Exhibition Center (EIEC).

Spokesperson of Armed Forces Colonel Tamer al-Refaei said that the Defense and Military Production Ministries along with English international company CLARION EVENTS would the EDEX 2018 under the patronage of President Abdel Fattah al-Sisi.

More than 300 major Egyptian and international defense industry companies are participating. The exhibition is expected to attract more than 10,000 visitors from around the world interested in armaments and defense industries.

According to the official website the EDEX 2018 “presents a brand new opportunity for exhibitors to showcase the latest military and security technology, equipment and systems across land, sea & air.”

It describes Egypt as “the ideal setting for a large-scale event for the sector. In addition, Egypt has historically maintained continuous investment in the latest weaponry as a defense strategy and has strengthened national production lines across a range of military complexes.”