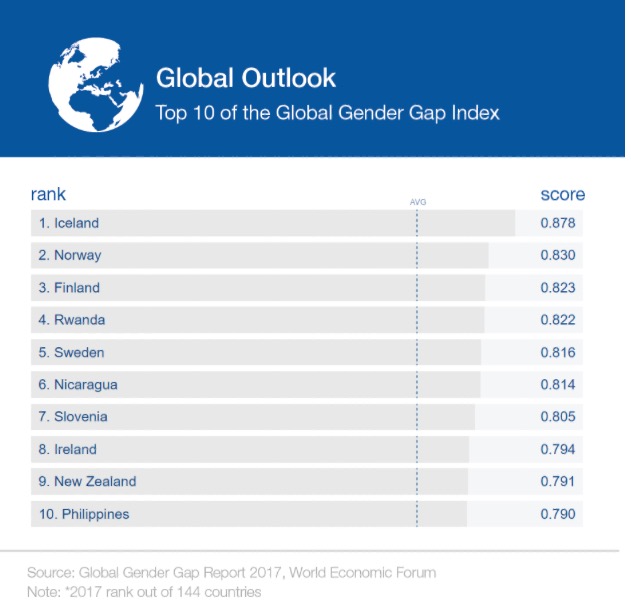 Egypt ranked 134th, out of 144 countries, on the Global Gender Gap Report issued on November 2 by the World Economic Forum (WEF) for the year 2017.

“The Middle East and North Africa is the lowest-ranked region in the Index with an average remaining gender gap of 40 percent,” according to the report.

Four Arab countries ranked among the lowest-performing due to neglecting the political empowerment of women, including Kuwait (129), Qatar (130) Lebanon (137), and Yemen (144).

Although the Middle East has four out of the world’s five poorest-performing countries on the political empowerment of women index, out of the 17 countries covered by the index in the region, 11 countries have improved their overall score in 2017 compared to 2016, the report mentioned.

Iceland topped the world ranking after successfully scoring 88 percent in 2017 on the gender gap index, becoming the best-performing world country for nine years.

Ninety-five countries meanwhile were rated below the average for women’s political empowerment.

The report described 2017 though as a “bad year in a good decade”.

“World Economic Forum Global Gender Gap Report 2017 finds the parity gap across health, education, politics and the workplace widening for the first time since records began in 2006,” the report read.