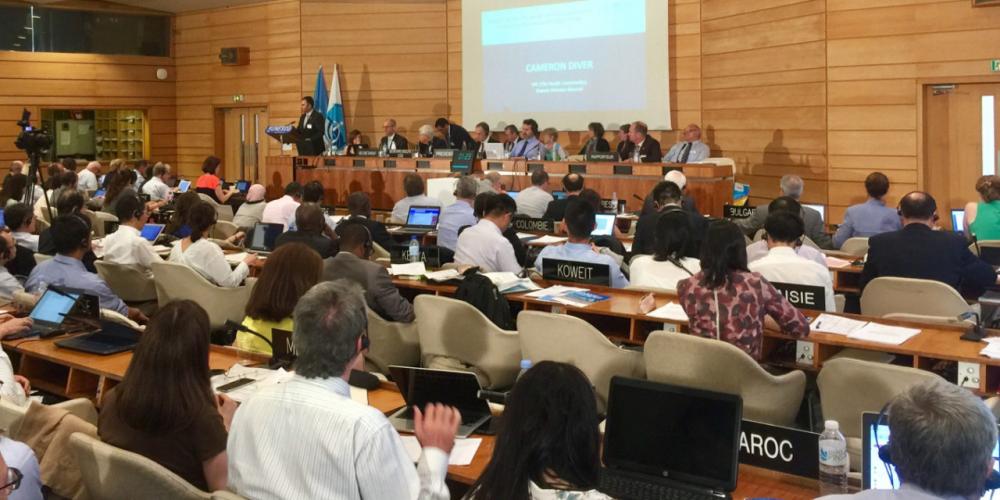 Egypt was re-elected for membership in UNESCO’s Intergovernmental Oceanographic Commission (IOC) 2019-2021 during the thirtieth meeting of the committee in Paris, the state-run Middle East News Agency (MENA) said.

Ambassador of Egypt to France Ihab Badwi said that his country appreciates the support of brotherly countries during elections and asserted that his country will enhance the Arab and African attendances in international scientific forums.

Badwi stressed that Egypt was keen on reconsidering the mechanism of distributing seats in some of the councils and committees of UNESCO and proclaimed the need to increase the number of seats allocated for Arab and African countries.

Argentina has been elected president of the committee while Germany, Russia, Brazil, India, and Morocco were elected deputies to the president.

The Intergovernmental Oceanographic Commission of UNESCO (IOC-UNESCO), established in 1960 as a body with functional autonomy within UNESCO, is the only competent organization for marine science within the UN system.

The purpose of the Commission is to promote international cooperation and to coordinate programs on research services and capacity-building in order to learn more about the nature and resources of the ocean and coastal areas and to apply that knowledge to the improvement of management and sustainable development, the protection of the marine environment, and the decision-making processes of UN member states.

In addition, IOC is recognized through the United Nations Convention on the Law of the Sea (UNCLOS) as the competent international organization in the fields of Marine Scientific Research (Part XIII) and Transfer of Marine Technology.

Egypt reelected to UNESCO's executive board

Global tourism to rise up in Sahrm al-Sheikh: ICAO