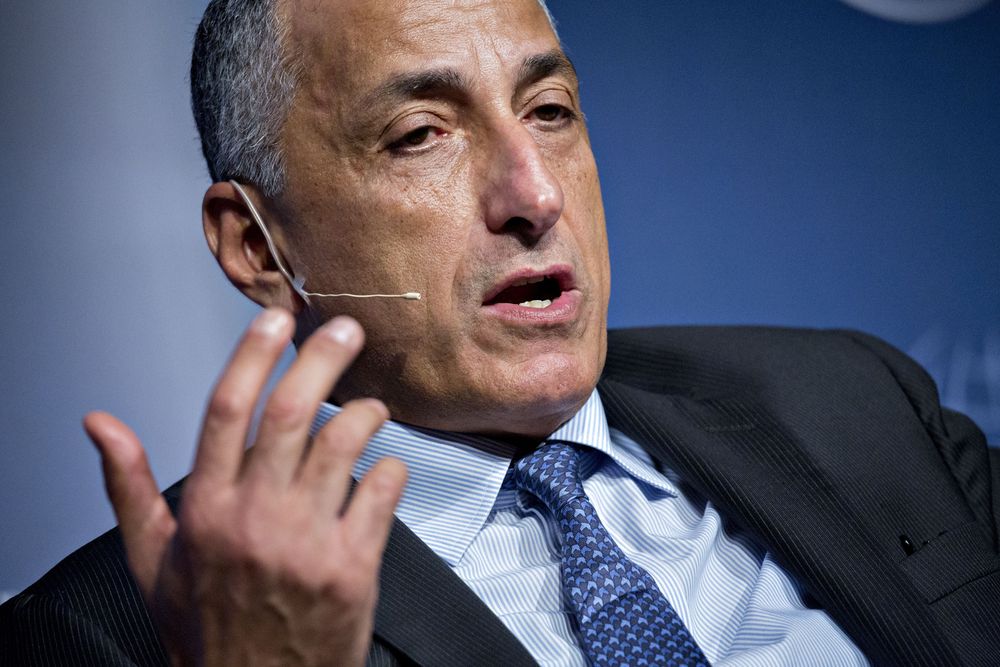 Egypt’s stagnant exchange rate is likely to see more movement after a system that guaranteed foreign investors could repatriate dollars was terminated, but the central bank stands ready to fend off speculators and ensure debt holders don’t lose out, Governor Tarek Amer said.

Before securing the IMF loan in November 2016, authorities liberalized the exchange rate, causing the pound to halve in value virtually overnight and helping unleash billions of dollars of inflows into local-currency debt. Yet despite the upheaval that has battered other emerging markets, the currency has hovered around 18 to the dollar ever since, raising questions among investors about how free the float really was.

“We are committed to ensuring that the market is free and clears itself, but at the same time we have reserves that help us to confront any speculators or disorderly market practices. We are committed to ensuring that the holders of Egyptian debt always make better return,” he said. “The reserves help us to defend the new foreign exchange regime, and the interest rate can be used as a tool.”
IMF Deal

Many foreign investors initially relied on the repatriation mechanism, mindful that a shortage of foreign currency in previous years had made it difficult to take profits out of the country. They must now go through the open market.

Amer also attributed the pound’s stability thus far to an improvement in the current account, due to increased remittances, tourism and exports, a better credit rating and wider range of financing sources.

“Now we can raise funds from sovereigns, international banks and portfolio investors”, Amer said, adding that a lack of financial derivatives in the market had also offered shelter from the broader emerging market tumult.

Remittances from Egyptians working abroad rose 8 percent in the period between January and October to $21.4 billion, while a surplus in the travel balance hit $3.2 billion in the first quarter of the 2018-19 fiscal year, according to central bank figures.

Amer said he expects the current account deficit to narrow to 2 percent by the end of the current fiscal year in June from 6.1 percent in 2015-2016, the last full year before the currency reform.
Final Stages

Uncertainty that swept through emerging markets last year saw some $10 billion flow out of Egypt, raising the cost of borrowing and threatening to derail the government’s budget deficit targets as it enters the final stages of its three-year economic overhaul.

“Despite the outflight, we have a stock of portfolio investments that exceeds $10 billion and our reserves witnessed an insignificant decline despite the outflows, reflecting the resilience of our economic fundamentals,” he said.

Egypt’s foreign exchange reserves recovered from about $15 billion before the devaluation to an all-time high above $44 billion in November. They dropped about $2 billion the following month, due partly to a hold-up in the fifth installment of its IMF loan.

The installment had been due in December, but was delayed as Egypt hashed out with the international lender the timing of planned changes to its fuel-pricing mechanism.

Amer said Egypt expects to receive that payment in late January or very early February, at the latest.

“We’re agreed on everything, agreed with the mission on Egypt’s performance during this phase,” Amer said, adding that reforms had become part of the culture. “The reform program is on schedule and we are committed to completing it successfully.”