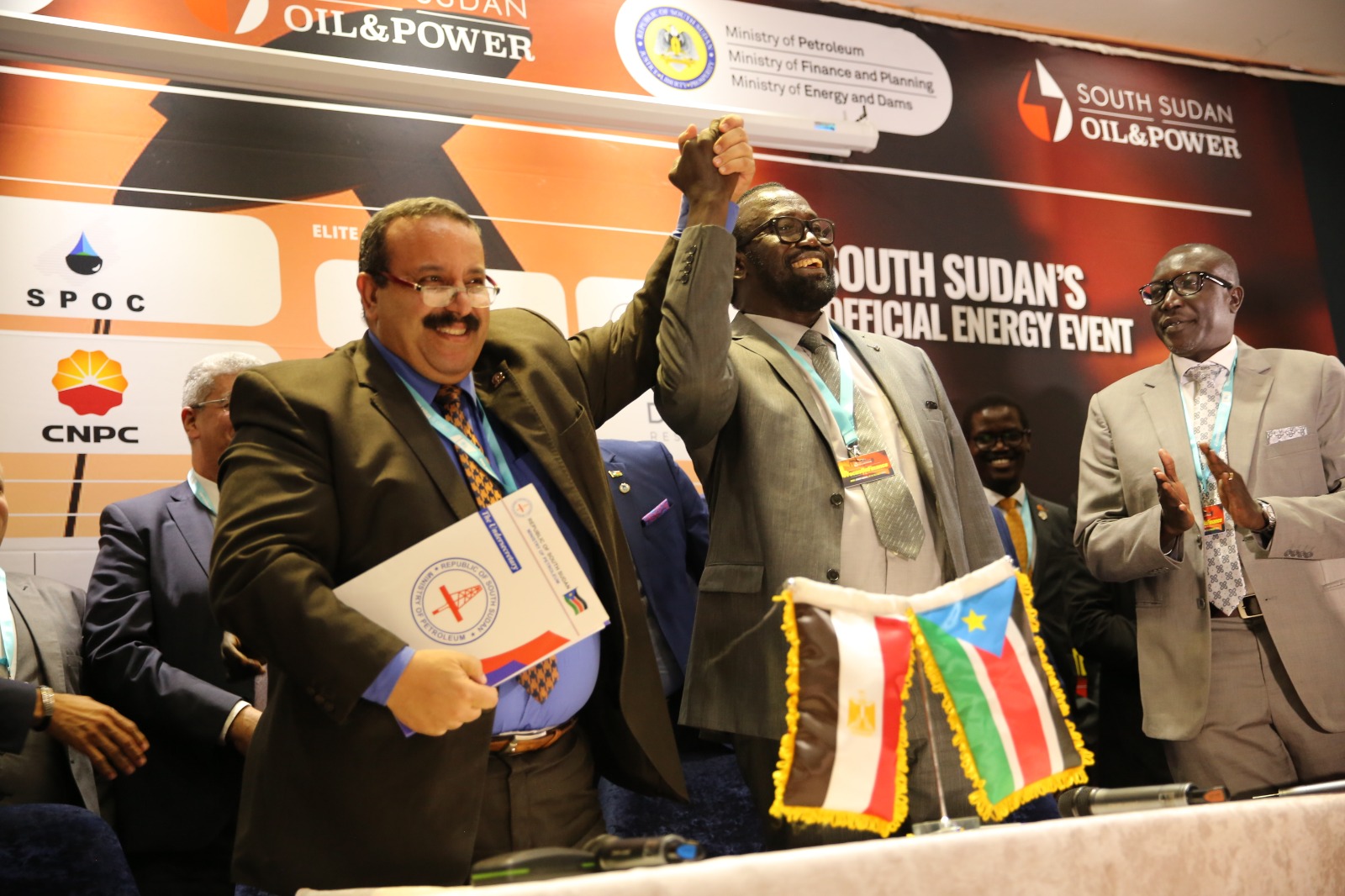 Egypt signed a Memorandum of Understanding with South Sudan on Tuesday for cooperation in the field of oil and gas during the 2019 South Sudan Oil & Power (SSOP) Conference held in Juba.

South Sudan will launch its first ever licensing agreement in the first quarter of 2020 regarding 13 blocks onshore open for tender.

“The oil production in South Sudan has reached 178,000 barrels per day. We hope to reach 250,000 barrels per day in the near future. We are successfully reaching targets thanks to extensive support from our partners and neighboring countries,” Chuang said.

The signing of the agreement between the South Sudanese government and Egypt regarding cooperation in the field of downstream oil and gas comes a few weeks after Egyptian President al-Sisi called upon Egyptian exploration and production companies to increase their activity in African countries. Sisi urged service companies to invest in South Sudan.

Egypt boasted a strong participation at the event, with several companies and delegations present, including the EGPC, Petrojet, Petrogas, Al Khorayef, and Drexel Oilfied Equipment, among others.

South Sudan announced that it will launch its first ever licensing round in the first quarter of 2020, putting up 13 onshore blocks for tender. Numerous international exploration and production companies have already demonstrated their interest in South Sudan’s oil and gas potential.