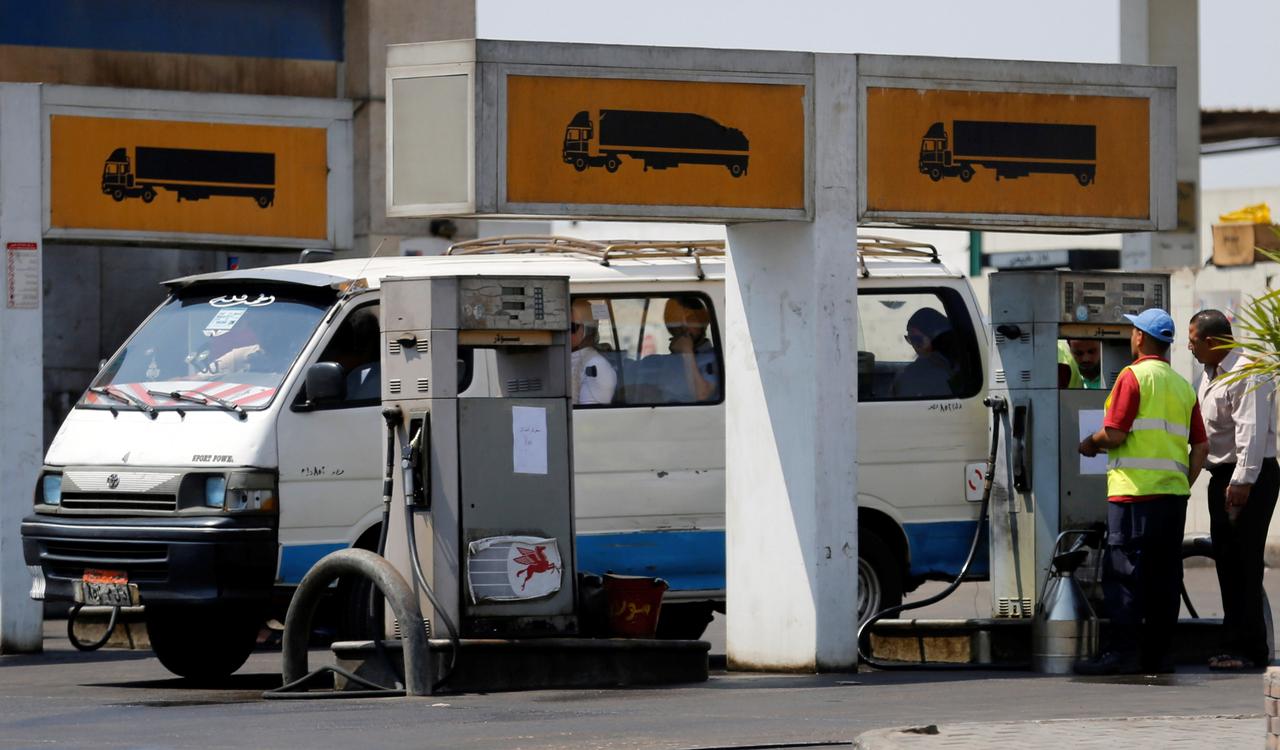 CAIRO (Reuters) – Egypt will remove subsidies on most energy products by June 15, it told the International Monetary Fund in a January letter released by the IMF on Saturday as part of a review of Cairo’s three-year, $12 billion loan program with the lender.

This will mean increasing the price to consumers of gasoline, diesel, kerosene and fuel oil, which are now at 85-90 percent of their international cost, said the letter, which is dated Jan. 27.

The letter from Egypt’s finance minister and central bank governor was included in an IMF staff report dated Jan. 28 and published following the disbursement in February of the fifth out of six tranches of the loan.

The loan program began in 2016 and is tied to reforms that have included a sharp devaluation of the Egyptian pound and the introduction of a value-added tax. They have helped steady Egypt’s economy but also put millions of Egyptians under increased economic strain.

Fuel prices have increased steadily over the past three years. LPG and fuel oil used for electricity generation and bakeries are not included in the commitment to reaching full cost recovery through subsidy cuts, the letter said.

The government said in its letter that after starting to link less-used Octane 95 petrol to international prices – which it accomplished in April – it would introduce similar indexation mechanisms for other products in June, with the first price adjustments expected in mid-September.

The government noted it had also put in place a hedging mechanism to protect against shocks in oil and other commodities. In its review, however, the IMF “advised caution in using financial instruments with upfront costs that protect only temporarily against extreme price movements”, referring to hedging.

Since starting the IMF loan program, Egypt has borrowed heavily from abroad.

In its letter, the government said it intended to reduce its general debt from a projected 86 percent of Gross Domestic Product (GDP) by the end of June to 72 percent by June 2023. Debt was equal to 93 percent of GDP in June 2018.

It also committed to fully eliminating arrears held by the state-owned Egyptian General Petroleum Company (EGPC) by the end of June this year. The arrears stood at $1.043 billion at the end of 2018.

Egypt said it had capped the government’s ability to borrow from the central bank via an overdraft account at 66 billion Egyptian pounds ($3.82 billion) in 2018/19, equal to 10 pct of the previous three years’ revenue, as a way of managing liquidity and reducing inflation.

The central bank would gradually phase out subsidized lending to small- and medium-sized enterprises and social housing programs and instead these programs would be financed directly from the state budget, the letter said.

The sale of stakes in at least 23 state-owned enterprises over between 24 and 30 months starting in April 2018 was expected to raise around 80 billion Egyptian pounds, it added.

The IMF said in its review that Egypt’s reform program was “broadly on track”.

“The progress on structural reforms has been mixed, but the program objectives remain achievable,” it said.

A recent tightening of global financial conditions had worsened the balance of risks, with Egypt vulnerable to any unexpected increase in oil prices, the IMF said.

“Calls on state-guaranteed loans, which have been increasingly used to finance large infrastructure projects by public entities, or other contingent liabilities could also put pressure on public debt,” the report said.

The IMF did not explain the delay in publishing the review.