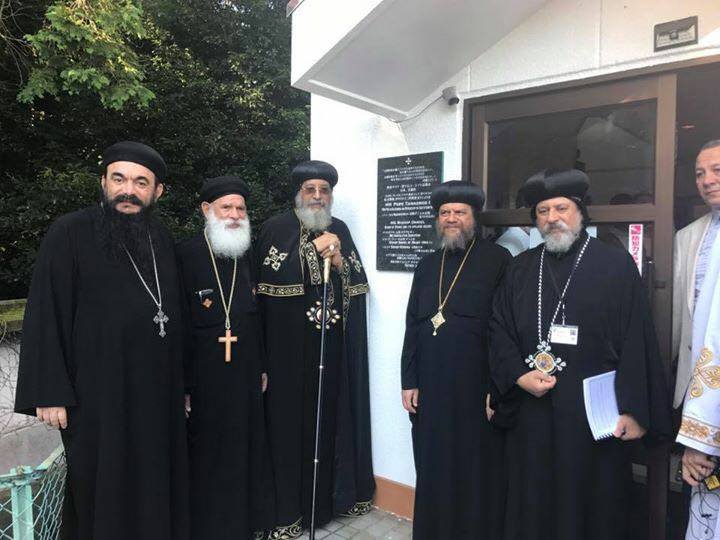 In a first-of-its-kind visit, Pope Tawadros II, of the Coptic Church in Alexandria, inaugurating the first Coptic Church in Japan. The pope arrived at Japan’s Osaka Airport on Saturday for the occasion, according to state-run news agency of MENA.

The Coptic pope delivered a speech during the inaugural ceremony, in which he praised the Japanese people and government over their care of the newly established house of worship in their country.

He further expressed gratitude of the efforts from the Egyptian Embassy and the ambassador of Japan in providing  hospitality to him and the accompanying delegation.

“The presence of a Coptic church in Japan is considered a sign of love to all people there, it will also be responsible for establishing a school, hospital and service institutions” he said.

The visit will be followed by a second stop in Australia, where the Pope will attend a number of Coptic activities in several Australian cities, as well as meeting a number of Australian officials.

On his way to Japan, Pope Tawadros had a transit stop in Dubai where he met a number of Egyptian diplomats as well as Coptic priests.

Pope Tawadros denies cancelation of baptism during meeting with Francis