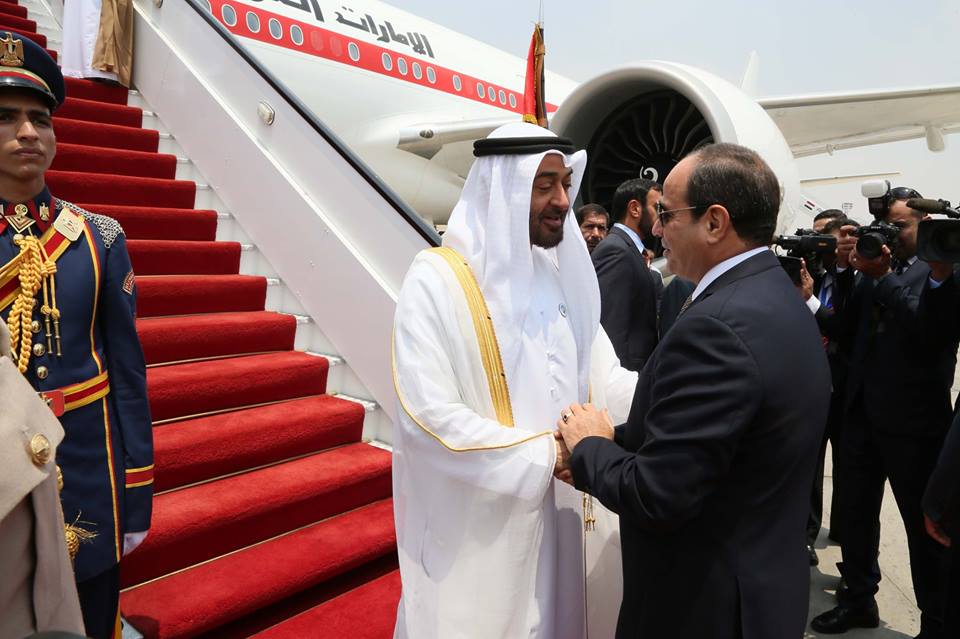 Crown Prince of Abu Dhabi and Deputy Supreme Commander of the UAE Armed Forces Mohammed bin Zayed Al Nahyan arrived in Cairo on Tuesday where he was warmly greeted upon his arrival at Cairo International Airport by President Abdel Fattah al-Sisi.

The two will hold talks discussing means of enhancing bilateral relations as well as the latest developments on some regional issues of common concern in the light of the strong and brotherly ties between the two countries and the two peoples.

Spokesman for the Egyptian Presidency Bassam Rady on Tuesday praised Egyptian-UAE relations “lasting over several decades”. Rady said that the bond between the two countries has been special since the time of the late Sheikh Zayed bin Sultan Al Nahyan.

“Sheikh Zayed has a special place for the Egyptian people for his noble historical position towards Egypt, which has been extended so far by their the current rulers of the UAE,” Rady said.

Egypt and the UAE have a concrete economic and political relationship which have developed after President Abdel Fattah al-Sisi gained power in 2013, as the UAE offered substantial financial support to Egypt.

According to latest indices, Egypt’s exports to UAE jumped during the first half of 2017-2018 FY reaching $1.204 billion compared to $1.126 billion during the same period of 2016, marking a seven percent increase.