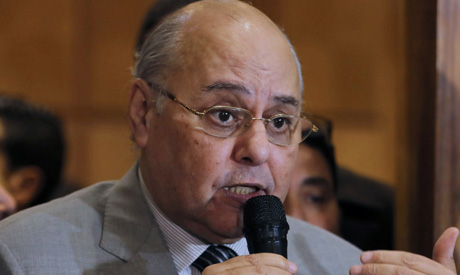 The court ruled that Al-Awadi was not eligible to file such a lawsuit.

Al-Awadi’s lawsuit called for Moussa’s disqualification from the 2018 presidential race, allegedly charging that the candidate does not hold a university degree, a basic requirement for candidacy in the elections, an accusation Moussa had denied, claiming that he had fulfilled all set requirements and conditions.
The NEA will announce the names of final candidates on February 24.
Moussa submitted his candidacy documents to the National Elections Authority (NEA) 15 minutes before the deadline, after every other presidential hopeful, with the exception of President Abdel-Fattah al-Sisi, had either withdrawn from the race or was forcibly pushed out by authorities.
They include rights lawyer Khaled Ali, MP and Zamalek Sporting Club Chairman Mortada Mansour, Head of Egypt’s Reform and Development Party Mohamed Anwar al-Sadat, and Egypt’s former Prime Minister, Air Force Commander, and runner-up in the 2012 presidential election, Ahmed Shafiq.

The official campaigning period for the 2018 election will start on February 24 and end on March 23. In the case that no candidate wins a majority vote in the first round of the election, which is set for March 26-28, a runoff will be held on April 24-26.

According to the Egyptian Constitution, a president can serve a maximum of two four-year terms. However, critics are concerned that if Sisi wins the 2018 election, the constitution would be amended, enabling him to serve a longer term.

Sisi won the 2014 presidential election, sweeping 96 percent of the vote after defeating his sole competitor Hamdeen Sabahi, a leftist politician. He took office one year after former-President Mohamed Morsi was ousted in July 2013, in response to mass protests against Morsi and Muslim Brotherhood rule.

Election boycotters have no influence among Egyptian public: minister