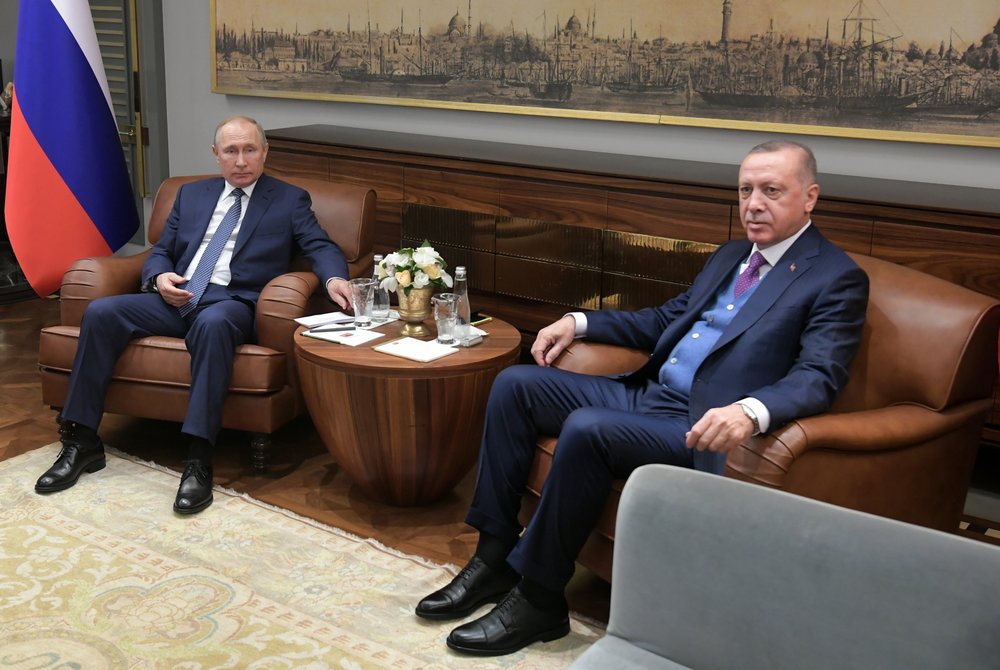 ISTANBUL (AP) — The Turkish and Russian presidents were in Istanbul on Wednesday to inaugurate the dual natural gas line connecting their countries that opens up a new export path for Russian gas into Turkey and Europe.

Turkish President Recep Tayyip Erdogan and Russia’s Vladimir Putin are also expected to discuss Syria and Libya, where the two leaders support opposing sides, and deteriorating security in the Mideast, with U.S.-Iranian tensions high since the American killing of a top Iranian commander.

With TurkStream, Russian gas passes through the Black Sea to Turkey. Together, the two 930-kilometer (578-mile) lines under the Black Sea, along with the Russian and Turkish onshore pipes, have the capacity to carry 31.5 billion cubic meters (1.1 trillion cubic feet) of natural gas annually.

Russia is the top gas supplier to Turkey, which relies on imports for its energy needs, transporting gas through another pipeline under the Black Sea called Blue Stream and the onshore West Line through Ukraine. Relations remain tense between Moscow and Kyiv amid years of conflict and TurkStream now allows Russia to bypass Ukraine by opening up a second direct transport line to Turkey.

From Turkey, Russian gas will reach southern and southeastern Europe through new and existing lines. Turkstream has already begun transporting gas but the two leaders will turn a symbolic valve in the ceremony.

Erdogan and Putin talk and meet often, cooperating on trade, energy and defense industries. Their close partnership is a dramatic reversal from 2015, when diplomatic relations hit rock bottom with Turkey’s downing of a Russian fighter jet along the border with Syria. Their increased cooperation has worried Turkey’s NATO allies, especially with Moscow’s delivery of a Russian-made missile defense system to a base near Ankara over the summer.

Putin is in Turkey following a visit to Damascus where he met Syrian President Bashar al-Assad, who has re-established control in much of Syria with Russian and Iranian backing. Turkey, in contrast, has supported the rebels opposing Assad and has carved out zones of control in Syria’s north.

The Syrian government’s all-out offensive to retake rebel-held Idlib has pushed hundreds of thousands of civilians towards the closed Turkish border, risking a major new refugee flow into Turkey.

War-torn Libya is now another venue where the two leaders will press their diplomatic influence. Turkey has moved to send Turkish soldiers and weapons to support the weak U.N.-recognized Tripoli-government while Russia has backed the rival eastern-based forces of Gen. Khalifa Haftar.

Also on the agenda are soaring tensions between Washington and Tehran. Iran targeted with missiles Iraqi bases where American troops are stationed in retaliation for Friday’s American drone strike killing Iranian Gen. Qasem Soleimani. The escalation risks open conflict between the two rivals and violence through their proxies in the region.

Image: Turkish President Recep Tayyip Erdogan, right, and Russian President Vladimir Putin pose for photos before their talks in Istanbul, Wednesday, Jan. 8, 2020. Putin and Erdogan are meeting in Istanbul to inaugurate the dual natural gas line, TurkStream, connecting their countries that will open up a new export path for Russian gas into Turkey and Europe. Erdogan and Putin are also expected to discuss the middle east. (Sergei Guneyev, Sputnik, Kremlin Pool Photo via AP)