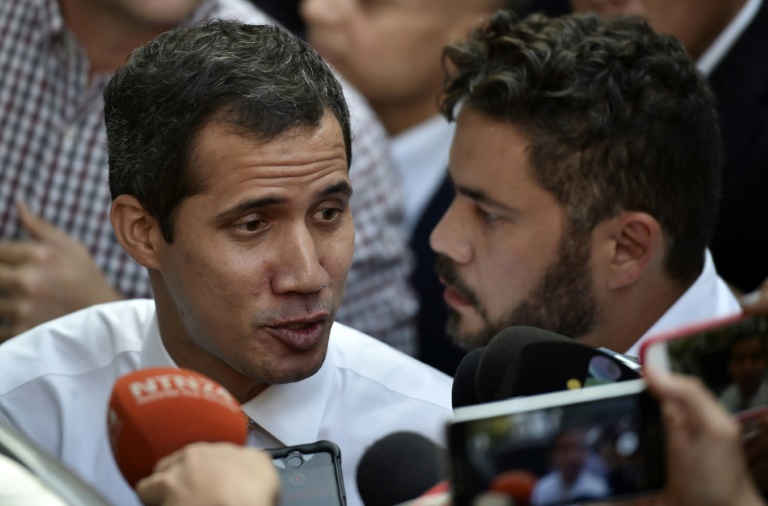 The EU on Thursday condemned a decision to strip Venezuelan opposition leader Juan Guaido of immunity from prosecution, calling it a “serious violation” of the constitution that undermined the chances of a peaceful solution to the country’s crisis.

“The EU rejects the decision taken by the non-recognised National Constituent Assembly to lift Juan Guaido’s parliamentary immunity,” EU diplomatic chief Federica Mogherini said, in a statement on behalf of all 28 members of the bloc.

Lawmakers in Venezuela’s Constituent Assembly, which is loyal to President Nicolas Maduro, authorised the high court to prosecute Guaido for proclaiming himself the country’s ruler.

“This decision constitutes a serious violation of the Venezuelan Constitution, as well as of the rule of law and separation of powers, as the only body authorised to lift the immunity of members of the parliament is the National Assembly,” Mogherini said.

“These acts undermine a political way out of the crisis and only lead to further polarisation and escalation of tensions in the country.”

Guaido, the speaker of the opposition-controlled National Assembly, declared himself interim president in January as Venezuela’s economic and political crisis plunged new depths — a move recognised by more than 50 countries, including many from the EU.

Mogherini called for Guaido’s “constitutionally mandated” immunity to be respected, saying he must not be detained or intimidated.

Critics of the controversial two-year-old Constituent Assembly say it was created to rubber-stamp Maduro’s decisions and to sideline the opposition-controlled National Assembly.

Alongside the political tussle, Venezuela has been hit by a series of devastating blackouts that have left millions without water, prompting the government to replace the country’s energy minister and institute power rationing.