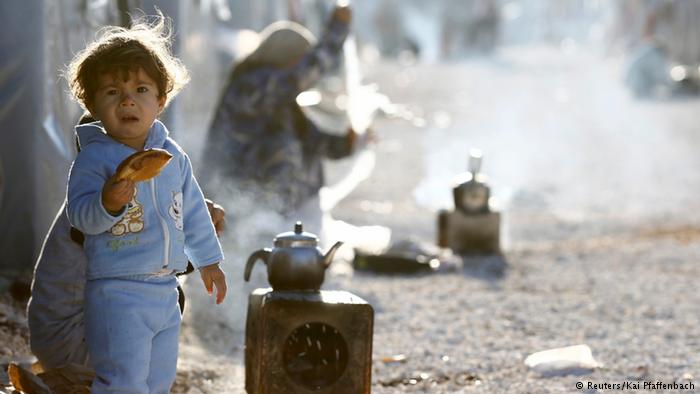 The EU has unlocked €3 billion ($3.7 billion) for projects to help Syrian refugees in Turkey in a second payment from the 2016 migration deal. More than a million refugees have already benefited from the funds.

The European Commission (EC) said Wednesday an additional €3 billion euros would be raised for Syrian refugees in Turkey.

“Our cooperation with Turkey is key to address common challenges,” the EU’s top migration official Dimitris Avramopoulos told a news conference, referring to the various difficulties facing the EU in its dealings with Ankara.

“Unnecessary escalations can and should be avoided,” Avramopoulos said.

The money is to be used to help some 3.5 million Syrian refugees in Turkey as part of the controversial 2016 EU-Turkey migration deal. The EU and member states provided €3 billion in the first tranche covering 2016 and 2017.

“It makes sense we follow the same division as before, with the EU budget mobilizing one billion euros and the member states delivering the other two billion euros,” he said.

EU funding has so far provided 500,000 children with education and provided cash transfers to 1.2 million refugees.

The EU signed a migration deal with Turkey in 2016 to reduce the flow of irregular migration as Europe experienced an influx of more than 1 million refugees.

In exchange for aid, Turkey agreed to clamp down on boat crossings to EU member Greece and take back migrants, including refugees.

The deal is credited with reducing migration numbers into the EU, but the policy has come under criticism from human rights organizations.

Two other planks of the migration deal – speeding up Turkey’s EU accession process and visa-free travel to the bloc for Turkish citizens – have been stalled over human rights concerns in the wake of the July 2016 failed coup attempt.