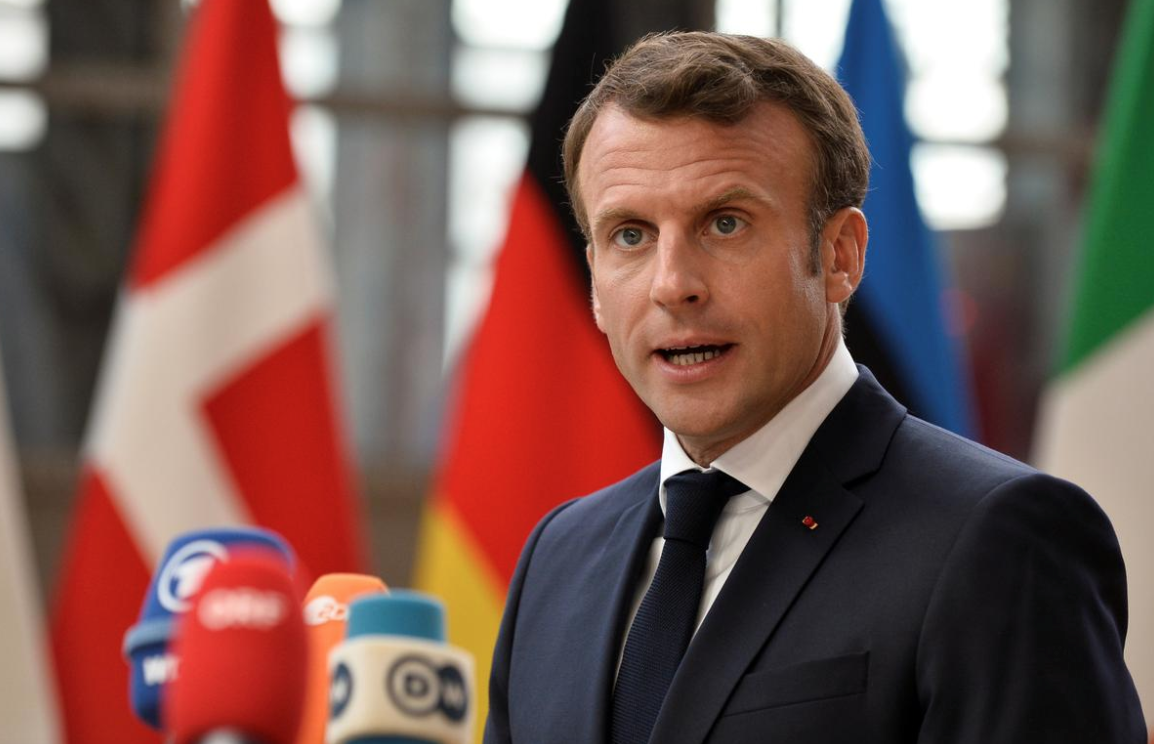 PARIS/DUBAI (Reuters) – European signatories to a nuclear pact with Iran said on Tuesday they were “extremely concerned” by Tehran’s apparent breach of the 2015 deal, as Israel said it was preparing for possible involvement in any confrontation between Iran and the United States.

Iran announced this week it has amassed more low-enriched uranium than is permitted under the nuclear pact, a move that prompted U.S. President Donald Trump to say Iran was “playing with fire”.

“We regret this decision by Iran, which calls into question an essential instrument of nuclear non-proliferation,” the foreign ministers of Germany, France and Britain said in a joint statement with the EU’s High Representative on Iran. “We urge Iran to reverse this step and to refrain from further measures that undermine the nuclear deal,” they said.

Tensions between Washington and Tehran have increased since Trump pulled Washington out of the pact last year and moved to bar all international sales of Iranian oil. Washington also blames Iran for attacks on oil tankers in the Gulf, something Tehran denies.

The European signatories to the accord have sought to pull back the two longstanding foes from direct confrontation, fearing a mistake could lead to war accidentally.

Israel has encouraged the Trump administration to press ahead with sanctions against its arch-foe Iran, predicting that Tehran will eventually renegotiate a more limiting nuclear deal.

But Foreign Minister Israel Katz told an international security forum that Iran might accidentally stumble out of what he termed the “gray zone” of contained confrontation.

“It should be taken into account that mistaken calculations by the (Iranian) regime … are liable to bring about a shift from the ‘gray zone’ to the ‘red zone’ – that is, a military conflagration,” he said in a speech to the Herzliya Conference.

“We must be prepared for this, and thus the State of Israel continues to devote itself to building up its military might for the event that it will have to respond to escalation scenarios.”

Israel has long threatened to take preemptive military action to deny Iran the means of making nuclear weapons. Tehran says it has no such designs. One of its senior lawmakers warned on Monday that Israel would be destroyed within “only half an hour” should the United States attack Iran.

Iranian Foreign Minister Mohammad Javad Zarif denies that Iran is in violation of the nuclear accord by amassing more low-enriched uranium, saying Iran is exercising its right to respond following the U.S. pullout.

By exceeding the limit, Tehran could prompt the return of all international sanctions on Iran but one European diplomat, asked if Europe would trigger a dispute resolution mechanism that is part of the accord, said:

“Not for now. We want to defuse the crisis.”

A second diplomat said Britain, France and Germany would focus on bringing Iran back into compliance and that they wanted to gain more time for dialogue.

“In the immediate term, Iran must return to its obligations. There is room for dialogue,” a French diplomatic source added.

China, like France a signatory to the deal, said it regretted Iran’s move but urged all parties to exercise restraint and said the U.S. policy of increasing pressure on Iran was the “root cause of the current tensions”.

The nuclear deal lifted most international sanctions against Iran in return for curbs on its nuclear work. It aimed to extend the time Tehran would need to produce a nuclear bomb, if it chose to, from roughly 2-3 months to a year.

Iranian crude exports were around 300,000 barrels per day or less in late June, industry sources said, a fraction of the more than 2.5 million bpd Iran shipped in April 2018, the month before Trump withdrew from the nuclear deal.

Iran says it will breach the deal’s nuclear curbs one by one until it is able to sell that amount of oil, saying this is the least it should be able to expect from an accord that offered economic gains in exchange for nuclear restrictions.

“We have NOT violated the #JCPOA,” Zarif wrote on Twitter, referring to the deal by the abbreviation of its formal title, the Joint Comprehensive Plan of Action.

Iran’s parliament speaker Ali Larijani accused Trump of trying to bully Tehran with his remark about playing with fire, and said such language would only made Iran stronger.

Zarif reacted with exasperation to a White House accusation that Tehran had long violated the terms of the deal.

“Seriously?” he said in a one-word message on Twitter, after White House press secretary Stephanie Grisham said in a statement that “there is little doubt that even before the deal’s existence, Iran was violating its terms.”

Her comment contrasted with CIA Director Gina Haspel’s testimony in January to the Senate Intelligence Committee that “at the moment, technically, they are in compliance.”

Iran will increase uranium enrichment to whatever levels it needs: Rouhani

Iraq sets up 'loophole' in US sanctions to buy Iranian power